Real life is going to interrupt this blog- service will resume in the future...
Posted by Barks at 19:37 No comments:

Madness! Mansions of it!

Figures from Mansions of Madness and the expansion, Forbidden Alchemy. Quick paint jobs which vastly improve the aesthetics of a good looking game. The bases were covered in PVA and sand and painted in a neutral brown then drybrushed, to fit in indoors or outdoors settings. I added other bases and magnets (including usefully hoarded advertising fridge magnets) to make the monsters transportable in a tin box and useful for other games systems- they come with huge ugly bases. All bases are 25mm except the Chthonian, Mi-Go and Crawling One (40mm) and Shoggoth (60mm). The sculpted legs were removed from the Shoggoth and puttied over.

Edit: for 'A Call of the Wild' expansion figures, see here 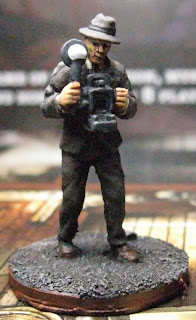 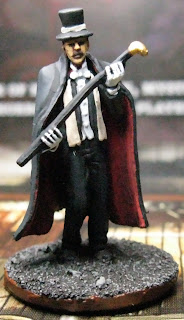 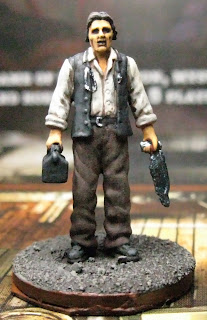 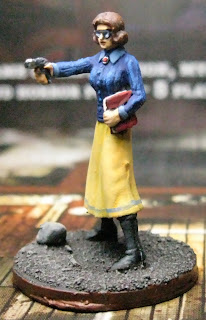 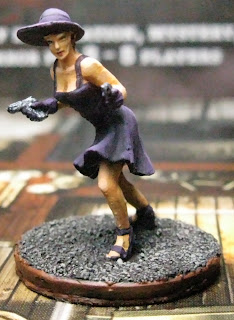 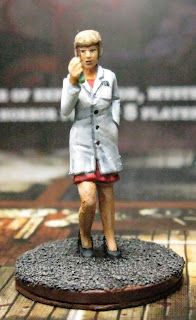 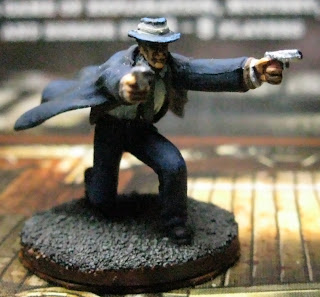 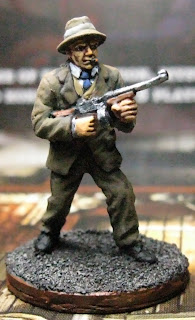 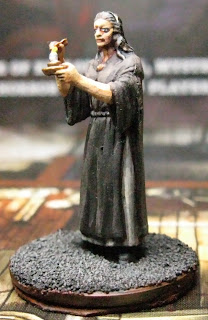 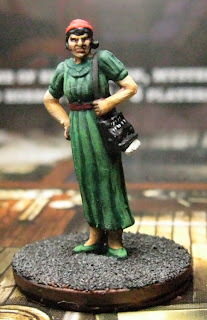 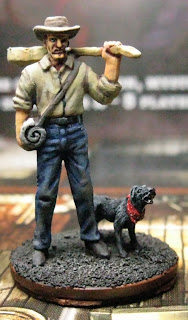 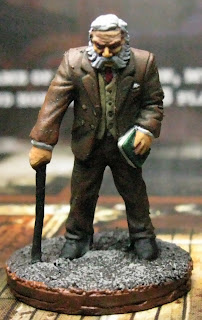 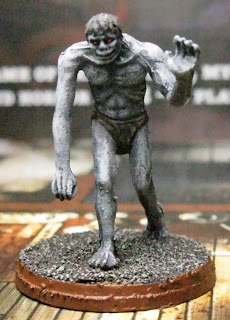 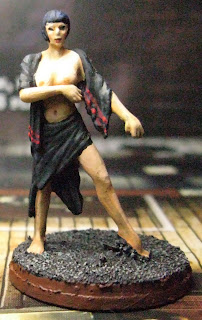 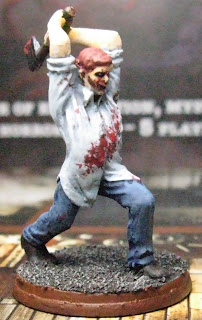 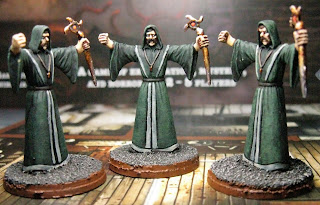 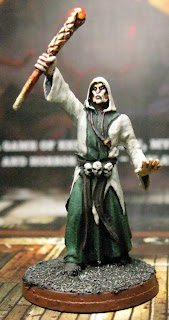 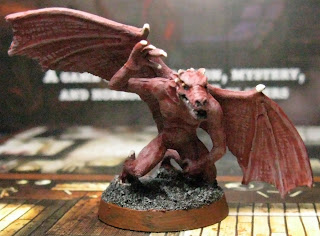 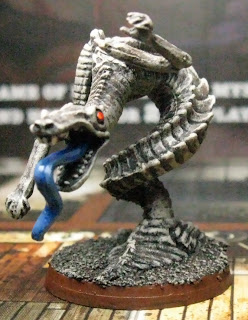 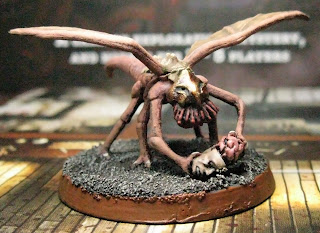 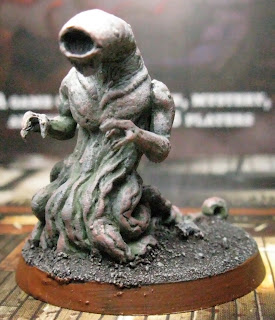 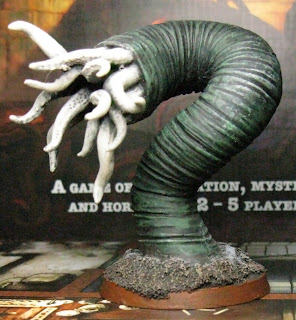 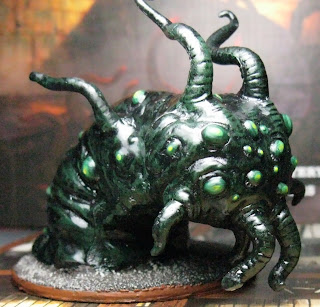 Achtung Schweinehund! A Boy's Own Story of Imaginary Combat is a 2007 book by Harry Pearson about... I'm not sure. Wargaming? Toy soldiers? Growing up in the UK in the '60s and '70s with WW2 saturation from family, films, TV, and comics? Maybe it's about hobbies, collections and the personalities encountered along the way?

It's a benign enough read. The author describes his formative childhood in the UK in the '60s and '70s under the influence of Commando Comics, WW2 films and The Rat Patrol, Action Man and Airfix. The nerdily interesting history of these and other similar toys such as Britains' 54mm toy soldiers are related throughout the text. The author describes his flirtation with toy soldiers and uniformology and his illogical hunt for out-of-production 20mm metal figures- but there is no overall plot. There are plenty of wryly amusing anecdotes about the characters encountered within the wargaming community, and the social stigma of 'playing war' with toys into middle-age. There are certainly people and moments you'd be sure to 'recognize' from your wargaming life. There are occasional insights into 'boys and their toys', but (and this is probably a good thing) nothing too 'deep'.

But I'm not sure what it's all about. There is a disappointing lack of structure to the book. The chapters are delightfully headed 'Ground Scale', 'Morale', 'Ranged Combat', etc., but there is no overall direction, development or, dare I say, point. It's a ramble of inoffensively readable nostalgia which is, thankfully, not over-long.

I did find it somewhat disappointing. Maybe I had high hopes- it has received glowing recommendation on The Miniatures Page- mostly from posters saying, "I'm a 40-something UK gamer, and I can 100% relate to this book." I grew up in the UK in the '80s and inherited a vast collection of plastic Airfix figures from my cousins, so I could certainly relate to much of the author's background. As a gamer, I am vastly sympathetic to any hobbyist- living in glass houses and all that- and can nod along to his senseless and fulfilling hunt for old figures.

Yet it's far from a book for every gamer. He haughtily overlooks the entire SF and fantasy genres, with a sneer at Tolkien, a ranting swipe at GW and a frothing spasm against D&D, and only slightly less-so at LARPers and reenactors. I think he has done himself a disservice here- the pulp/ 'imagi-nation' / 'historical what if'/ VSF genres etc. alone would have been a great way to explore the 'fall from grace' of many a purely historical gamer. A discussion of the relative morals of the gamer fielding an SS Tiger company versus those of the gamer gleefully annihilating zombies and bugs would have been a fascinating exploration. Who can claim the high ground between the historic research of the uniformologist and rivet-counter, and the artistic creativity displayed by so many HoTT gamers and fantasy painters?

There are, to my mind, so many missed opportunities with this book. How do you maintain the hobby and a relationship and family? How does wargaming differ from computer gaming, and how can it compete and sustain itself in the future? What has been the effect of the internet? Why have so many FLGSs failed? How does the UK gamer differ from the US gamer, and why? (I don't know quite how the US gaming community would relate to this book, but would be interested to find out.) What are the differences between the collector, the painter and the gamer? Examples of power-gaming, cheating, and bad sportsmanship. The pleasure of planning, researching, collecting, painting, and getting a force onto the tabletop. Most importantly, anecdotes of the games themselves- there are no descriptions of the tensions when the dice are rolled and the forces meet, the daring charges, the heroic last stands, the unexpected and memorable outcomes. (The Cossack Reserves debacle, however, is a superb anecdote.)

The final point I would like to make clear is that this book is not an 'introduction to wargaming for the non-gamer'. It is a readable nostalgic ramble of one gamer's experiences, with some notes on the history of the hobby thrown in. The vast majority would be lost on any non-gamer who was not born in similar time and place to the author.

It's an easy read. It's got plenty of old-school nostalgia. It describes how one boy's fascination became a grown man's obsession. But I wouldn't recommend it as a book for every gamer.
Posted by Barks at 22:03 6 comments: