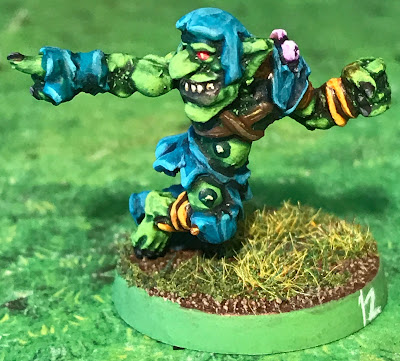 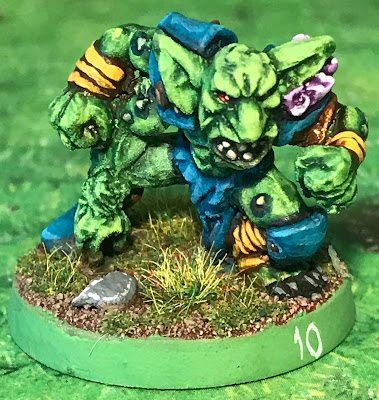 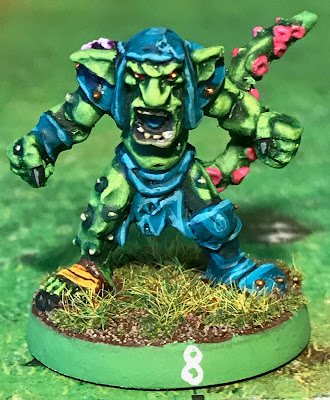 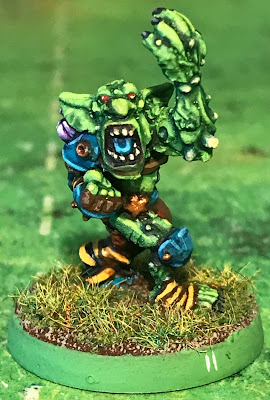 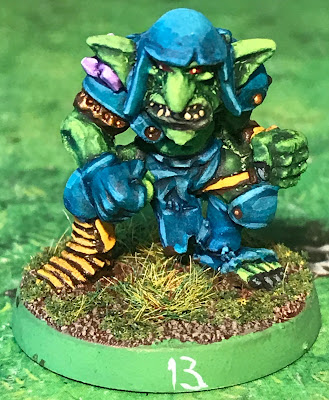 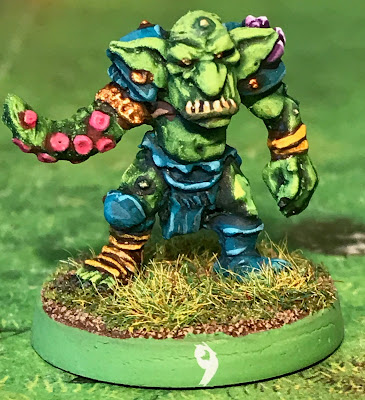 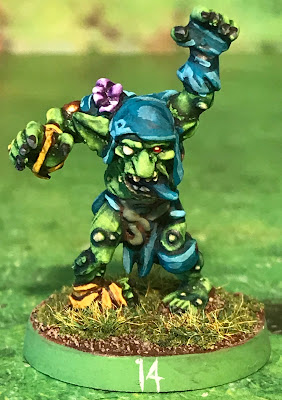 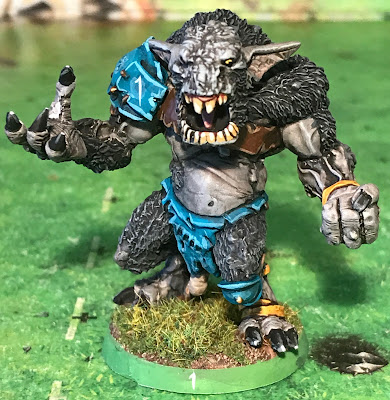 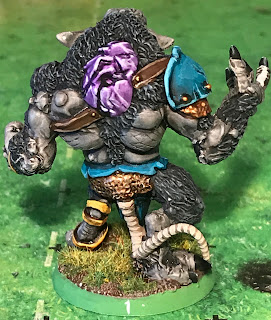 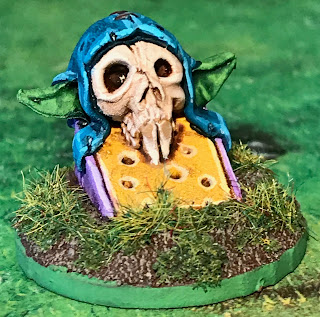 Next week I'll put up my tournament report. I'll see if I can get these little suckers working for me!
Posted by Barks at 15:01 6 comments:

The Blood Angel Antor Delassio with his jump pack, chainsword and hand flamer. Again, this is a lovely pose with an annoying excess of bling. I am quite happy with the hair, but am thinking of adding some scorch marks to the flamer muzzle. 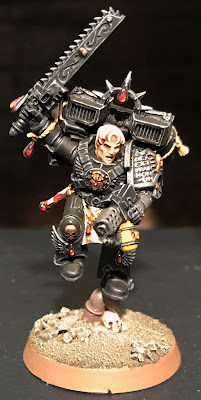 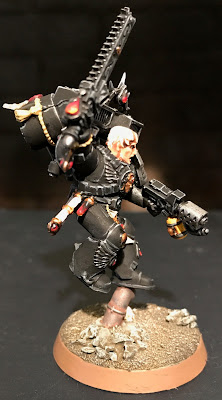 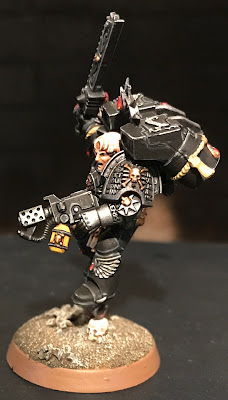 I think I could have gone a bit brighter on the engine glow. 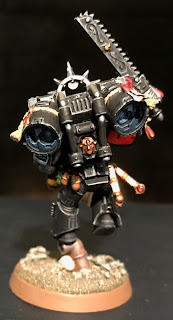 My technique for the black armour is to carefully paint edge highlights in medium and light grey, then to use black to tidy up and make them sharper. It's laborious, but I cannot find a faster way to get this result.

Next weekend is Eucalyptus Bowl, I need to pull my finger out and get a team together!
Posted by Barks at 12:32 8 comments:

My next Deathwatch is the Space Wolf, Drenn Redblade. He's a great, dynamic pose, but still a challenge to get looking good as it is such a busy sculpt. 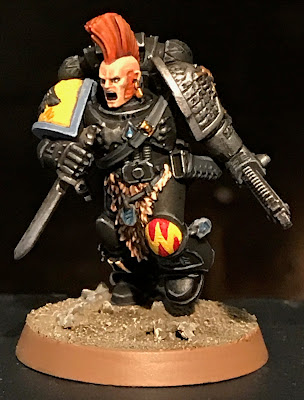 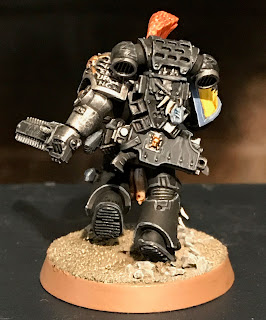 How does he fit his hair into his helmet? 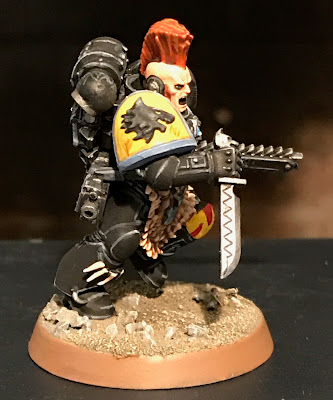 The runic writing on the chainsword was a pain to highlight. 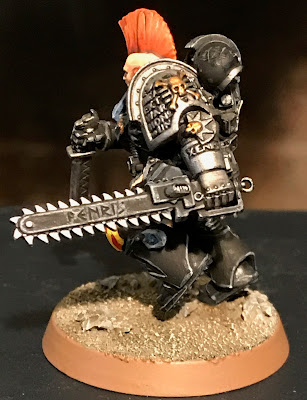 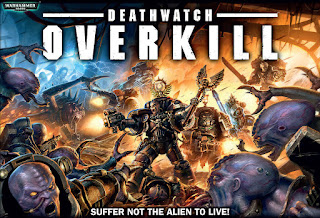 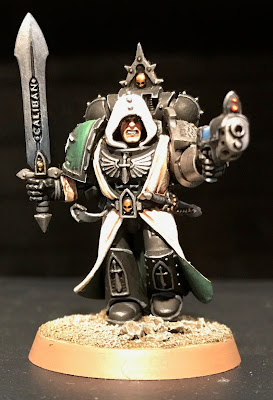 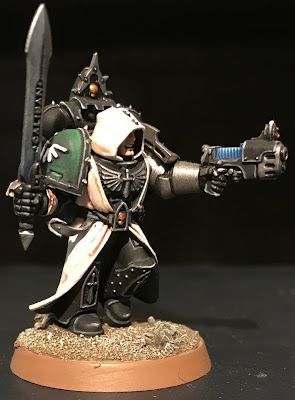 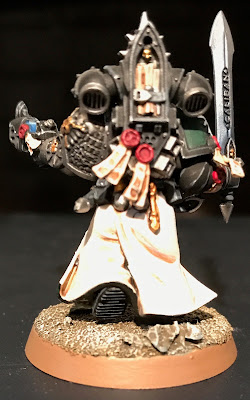 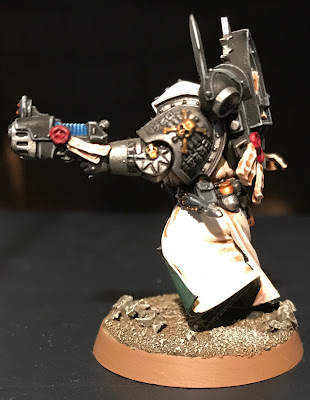 Marvel publishes a Darth Vader comic, and on the whole it's not too bad. Set between Episodes IV and V, Vader feels the Emperor's displeasure and is trying to work out who the pilot was who evaded him and took out the Death Star. He enlists some allies, in the form of unimaginative Artoo/ Threepio knockoffs, BT-1 and 0-0-0.

BT-1 (Beetee) is an blastomech- an astromech with a hidden arsenal. He loves destruction and often has to be restrained from excess. Very easy to paint.

0-0-0 (Triple Zero) is a protocol droid with Threepio's mannerisms and a penchant for torture and sadism. I used blue and black washes for an oily gunmetal sheen. The eyes were a struggle. 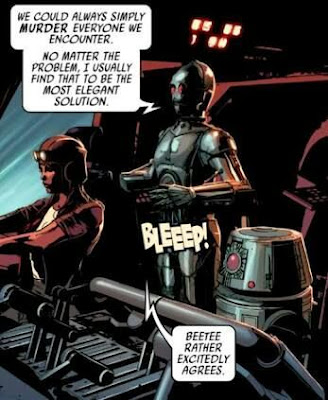 Despite being a lazy twist on Artoo and Threepio, BT-1 and 0-0-0 do have character and often steal the scene. I have seen gloss black interpretations of them, but I see them as metallic.
As a bonus, here's a jawa! He really came to life when I painted the eyes. 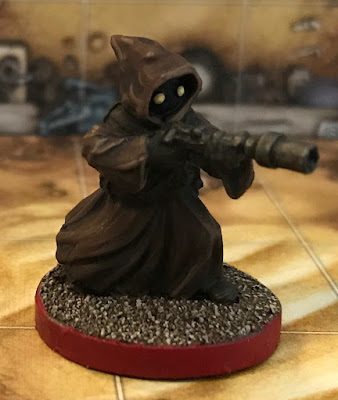