And behold! it was a winged creature: if bird, then greater than all other birds, and it was naked, and neither quill nor feather did it bear, and its vast pinions were as webs of hide between horned fingers; and it stank. A creature of an older world maybe it was, whose kind, lingering in forgotten mountains cold beneath the Moon, outstayed their day, and in hideous eyrie bred this last untimely brood, apt to evil.

And behold! I have painted a fell beast. 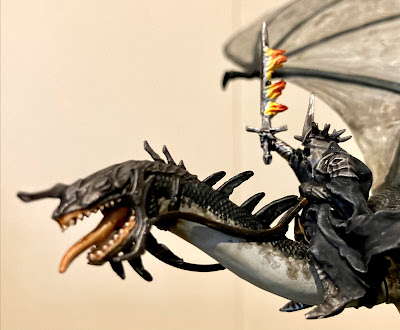 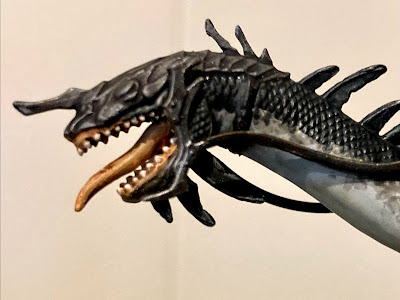 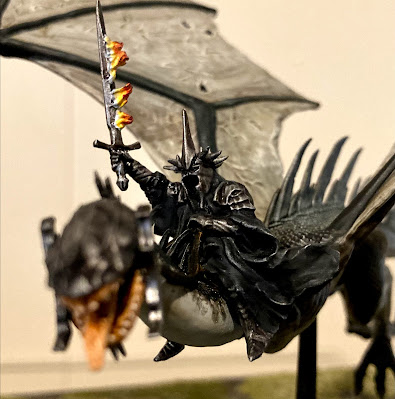 I did some dark magic with magnets which allows a choice of rider. I also made a base with four 25mm washers buried within, for added heft and to drop the centre of gravity. 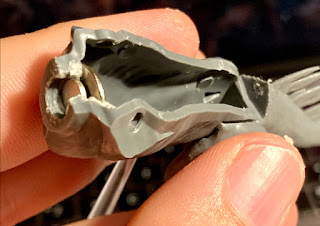 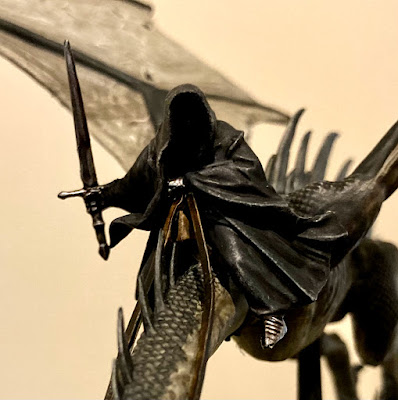 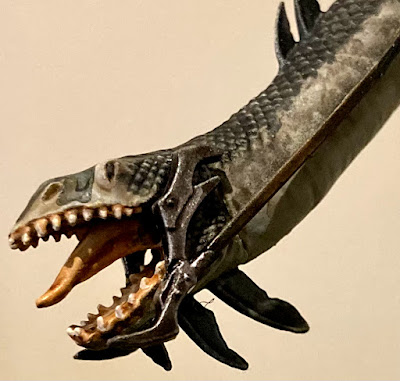 I snapped the clear flight stand during priming- some rather colourful colloquialisms were voiced- and had to trim it shorter and angled down more. Taking advantage of advice from AHPC XI Challengers a few weeks ago I repainted it flat black.

I started from a pale grey undercoat and added thin coats of dark greyish browns to taste. I'm not entirely happy with the wings- I'd prefer them to be a bit more tan.

Now to work out how to store and transport this...

Email ThisBlogThis!Share to TwitterShare to FacebookShare to Pinterest
Labels: 28mm, Lord of the Rings, Middle-earth, Mordor

Rise of the Empire is an expansion for Star Wars: Rebellion, offering more toys and, importantly, an improved replacement of the original's clunky combat system. It brings in a lot of units and characters from Rogue One.

These monks are from Gripping Beast, and have many centuries of potential use. 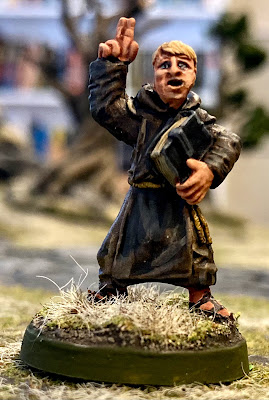 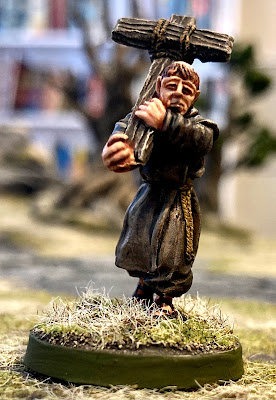 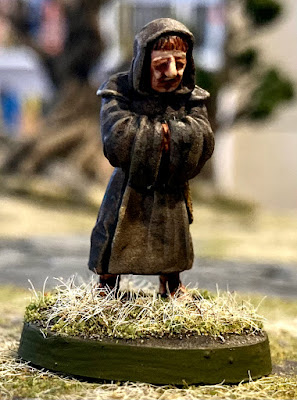