I just can't help myself leaving well enough alone- inspired by Tim from Saskatoon's excellent work, I've started to rebase my Terminators. I got some 32mm GW Sector Mechanicus bases off eBay, and crudely carved the existing base off Brother Claudio. I'm pretty happy with how it turned out. 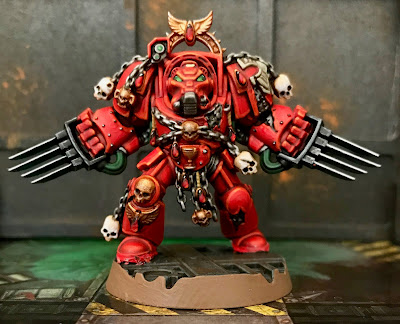 I also added a rare earth magnet underneath with cyanoacrylate superglue, as part of a bigger basing effort underway at the Barks Bunker. And I'm putting the genestealers on 32mm bases as well. The Space Hulk board squares are about 31mm, so they don't cause serious problems with overlapping. 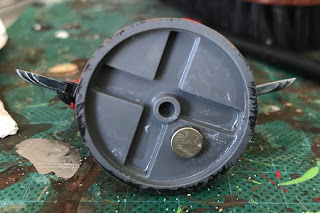 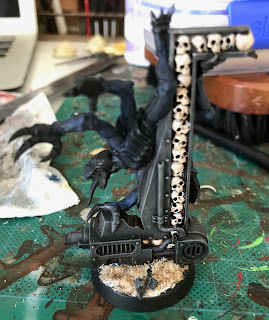 Here are the remaining Terminators with Stormbolters. For faceless grimdark warriors, they've really been able to give each figure character.

Valencio has a Chainfist, which I didn't hesitate to paint in hazard stripes. I like the crisp whites on his bolter wing thing, which is also reproduced on his right pauldron. 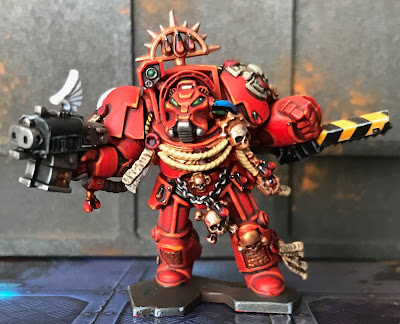 I love Goriel- sometimes in Space Hulk hand-to-hand fighting, the dice come up your way and you win the fight against overwhelming odds. He's clearly had a brutal fight and suffered damage to his armour and lost an eye, but he's very happy with himself. "I beat one of you in hand-to-hand! How many more to go? Oh- bugger..." 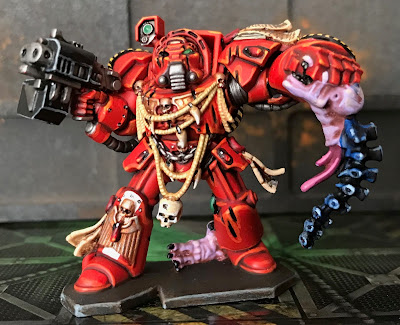 Omnio is the squad geek. I'm not sure if he's checking his social media feed or taking a selfie. 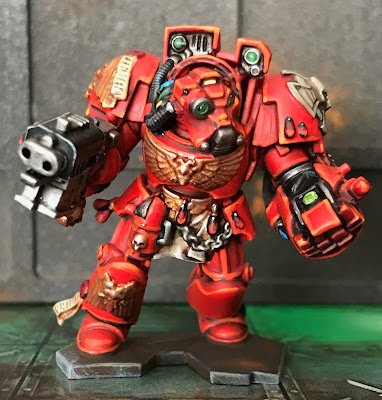 Scipio is the lateral thinker, who has clearly decided that remodelling is better than shooting. 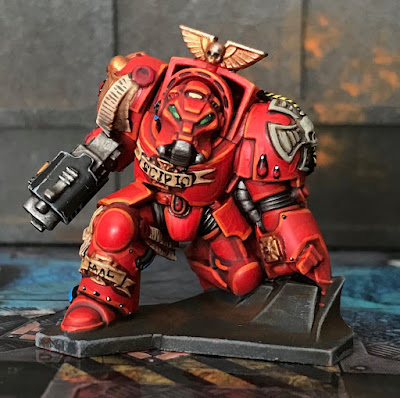 (I didn't come up with the names.)

I've finished my first two 'proper' Terminators. I keep finding new cables, gems, skullz etc that I have to paint... but I think I've nailed the reds and am making strong progress with the rest of the squad. It is just the plethora of details now.

I regret choosing to paint all the gems as gems...

Conan: Hunting the Tigress; and many other boardgames

I had the opportunity to take some time off and play many boardgames last month. In particular, some longer and more complex multiplayer games with up to six players.

Conan was a fun success with two new players. We played 'Hunting the Tigress', where the pirate queen (and Conan's lover) Bêlit has been cornered by her pursuers. Either the enemy captain or Bêlit has to die by game's end!


A great introduction to this game system. I was the sorcerer Hadrathus, and I used my spells to drain my life to support Bêlit- pleading with her to use my gift wisely! It really came down to the final rolls, with Bêlit and her foe clinging on and attacking each other.

Falling Sky, about Caesar and the Gallic revolt 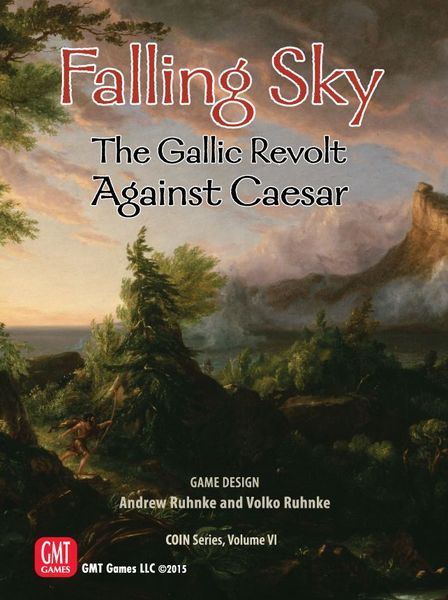 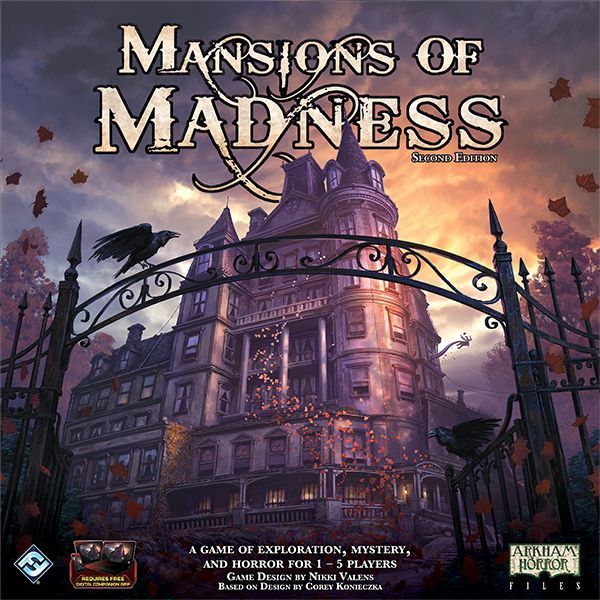 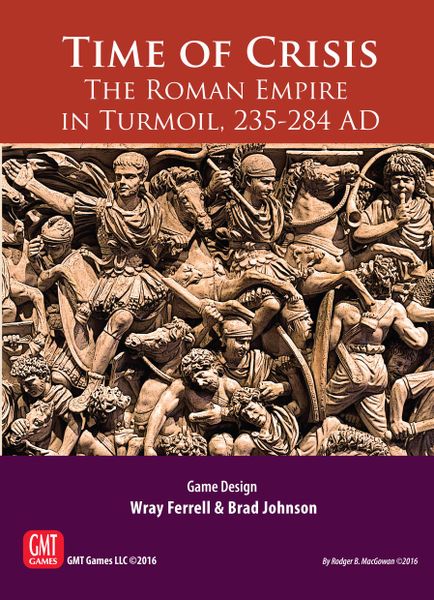 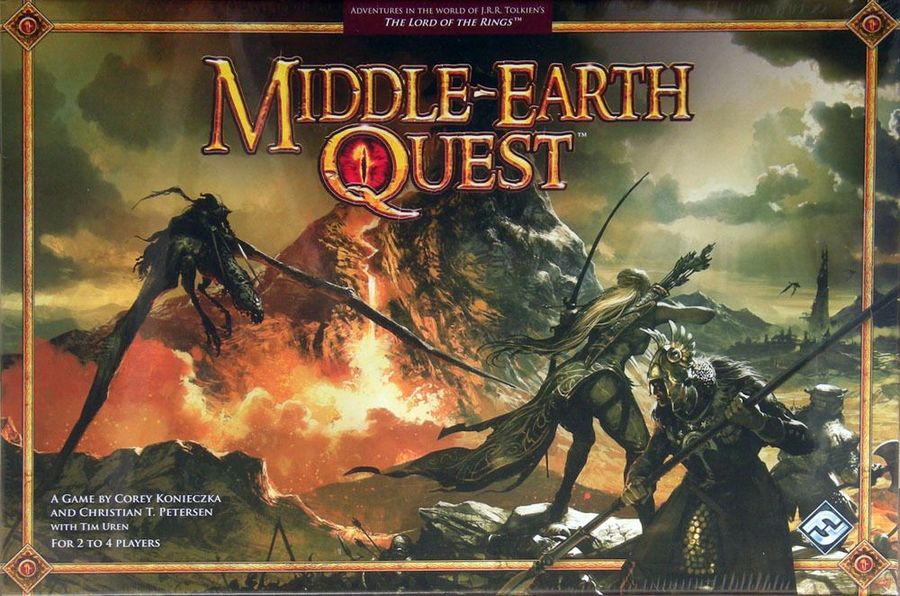 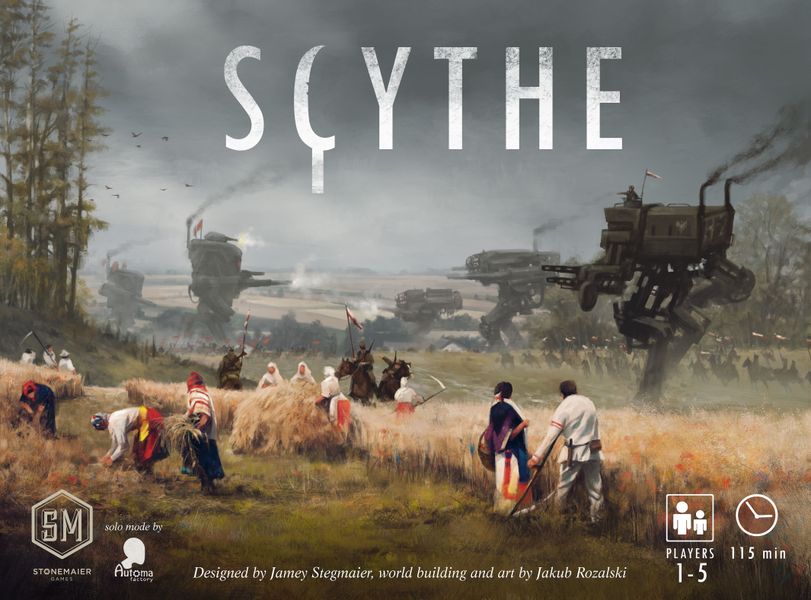 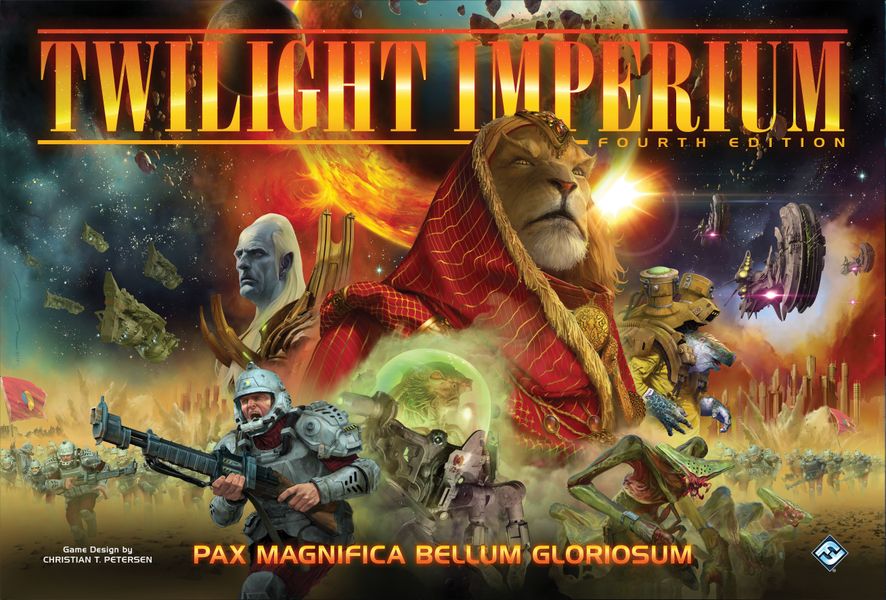 And finally, Here I stand, about reformation Europe. I was England, and very stressed about having a son before Mary Queen of Scots comes along. Heretics were burned, Ottoman raiders were at the gates of Vienna, the New World was plundered, it was suitably epic. 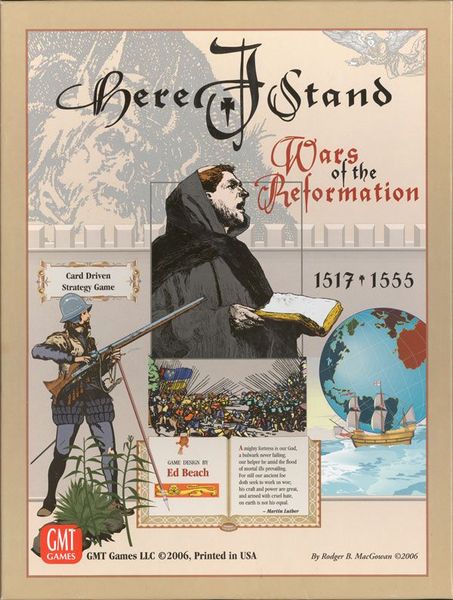 The intense boardgaming was a success, allowing us to get longer, more complex, and multiplayer games to the table. We intend to do it again. I got a bit happily gamed out and have only just picked up a brush again!
Posted by Barks at 13:40 10 comments: