New friends, new games! On Saturday nine (!) people met to play boardgames at a mate's place. I started with the relatively benign Dixit: Odyssey, a family-friendly word-picture-story-association game. I recommend 'Whimsical ambiguity' as a winning phrase.

I then got to play Discworld: Ankh-Morpork for the first time. You don't have to be a Pratchett fan, but it does enhance the experience. Ankh-Morpork is an area control game where up to four players take secret roles to spread their influence across... Ankh-Morpork. The hidden identities have sudden-death winning conditions, so it becomes a paranoid race. I spent time planning my moves to obtain my goals, stab the other players in the back, avoid being stabbed myself, and trying to keep my identity a secret. Suffice to say, I really enjoyed it and look forwards to playing more.

In the first game, I was Lord Vetinari, and had to spread my agents across nine of the twelve districts. Unfortunately, Lord Rust attained his goal of dominating four areas first. Dragon King of Arms and Chrysoprase didn't go so well.

We enjoyed it so much we played again: this time I was Lord Rust, but Vetinari was able to claim a win despite everyone's combined efforts! Great fun, surprisingly quick, highly recommended! No photos of the second game, unfortunately.

I then had a quick game of Zombie Dice, a push-your-luck dice-rolling game. I came a close second with thirteen brains to the winning zombie's fourteen.

Finally, we all did two laps of Formula D (well, some of us crashed in the first lap...). There was a lot of good-humoured sledging, and I was able to coast it in through the pack for a comfortable win. Champagne driving! The only thing I dislike about this game is player elimination. 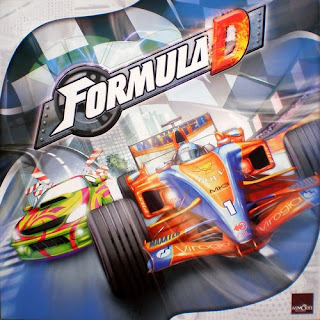 On Sunday I played Tsuro for the first time. This is an elegant, fast and aesthetically pleasing tile-laying pathway game. We cracked out four games easily in under an hour.

Then I played Ticket to Ride: Europe. This was the first time I'd played this 'for real', having previously only played the iOS version. A timeless game, which I lost!

Finally, I tried King of Tokyo, a dice rolling game which had been mentioned to me after having played Zombie Dice. We only played with two players, and I won it very fast and a little too easily. I'd be interested to see how this goes with more players.

Every game I played this weekend was a first for me, except for Formula D, at which I had my first win. It's been a while since I've played a proper tabletop miniatures game (does X-Wing count?); I'm losing my wargaming cred...


In-game pics by me, all others via Google Images.
Posted by Barks at 18:41 7 comments:

Email ThisBlogThis!Share to TwitterShare to FacebookShare to Pinterest
Labels: boardgame

Got a little gaming in:

First, I had my imperial butt kicked by A-wings. 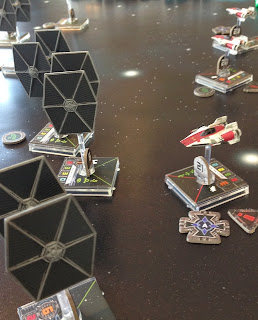 Then, I held my own for a creditable third in Lords of Waterdeep, on Gorillamo's blinged-out set.


Finally, I tried the new Firefly boardgame. I liked the idea, but it became a bit of a frustrating grind and we were relieved when the final heist came off.