Here's a 1989 'running' patriarch. My original was irretrievably broken (sat upon) in the mid 1990s, but nostalgia made me pick this one up a few years ago at a second hand stall. Check out the 1st edition Space Hulk tiles! 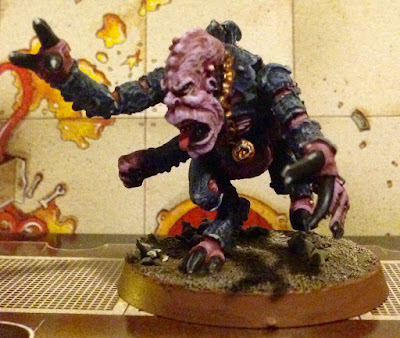 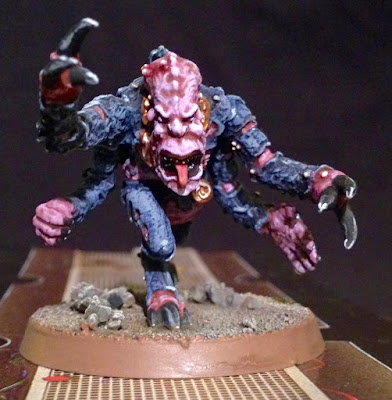 And that nostalgia bit again with Deathwatch: Overkill. Here's the big bad boy himself. 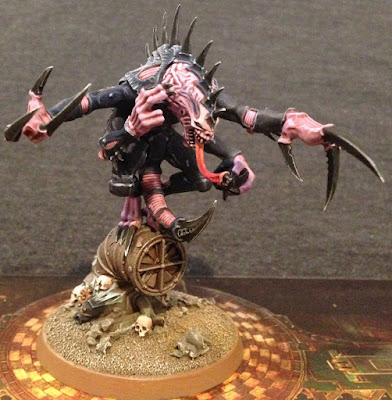 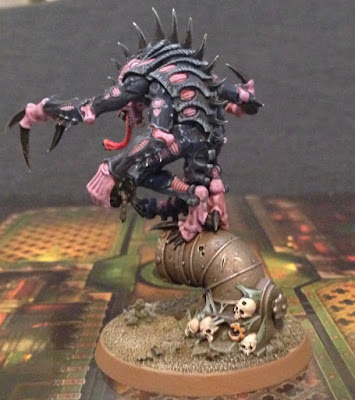 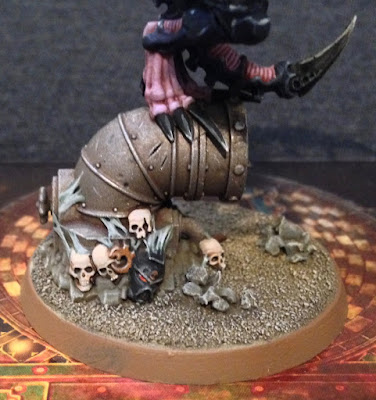 Over the next few weeks I'll be finishing off my genestealer cult and will blog about them here!
Posted by Barks at 07:57 12 comments:

I can't help but feel a little sorry for Greedo, pulled posthumously into a controversy not of his making. He's got an interesting palette of pastel colours, and a fairly monochromatic face. I painted the eyes with gunmetal and two blue washes. It was a mild struggle getting good definition between his green-blue face and his blue-green flight suit, but it came out OK in the end.


He only really came together for me when I painted his hair and beard. Not a bad figure, but I'm not sure how often he will hit my tabletop being, well, dead. From a certain point of view.

Last week I visited Albany, which is at the southern tip of Western Australia, about 4.5h drive south of Perth. Albany has a very impressive set of war memorials, many of which have been improved recently for WW1 centennial commemorations. I took a fair few photos- the weather was lovely with bright blue skies. The pictures don't convey what a lovely trip this was.

In late October 1914 a convoy of over 30 ships stayed a few days at Albany before departing for Europe. They carried over 30 000 Australian and NZ troops, and thus Albany was the literal last sight of Australia many would ever have. It was also the first large meeting of the commonwealth forces, and a genesis of ANZAC. The transports moored in King George Sound, where today plaques on the hills above show what the moored ships would have looked like. They weren't grey, but were green, blue, and yellow, with numbers on their sides.

The convoy was rerouted to Egypt, and the troops wound up in Gallipoli. A second, slightly smaller, convoy came through in December 1914.

I confess I didn't know this existed, but it opened in 2014. It is a compact and very modern museum to the Australian and New Zealand efforts in WW1. It strikes an excellent balance between information, recorded experiences, preserved items, and room for contemplation. There is a spectacular indoors pool of reflection with a view out over the bay. I didn't take any photos inside.

The ANZAC Centre is located in the grounds of the Princess Royal Fort, which was a working coastal defence fort from the 1890s to the 1950s. The parade ground is now the carpark, and there are well-maintained gun emplacements and associated buildings.


Within the grounds is a quonset hut housing items from HMAS Perth. Perth was deliberately sunk off, ahem, Perth to become a diving site.

There are also a collection of naval guns and missiles. 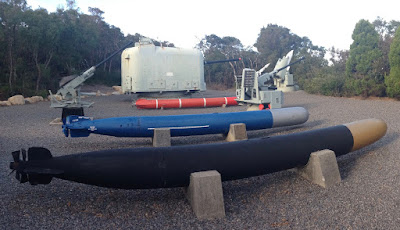 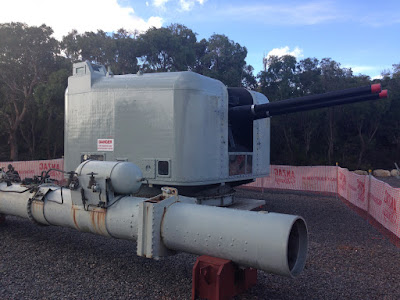 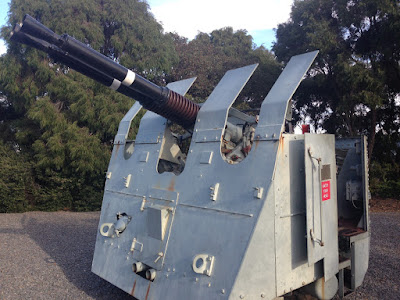 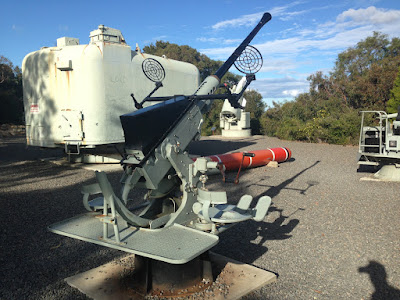 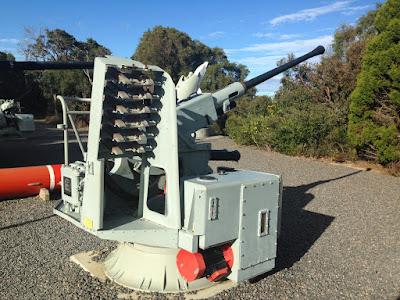 The Australian submarine AE2 accompanied the first convoy to the mediterranean, where she slipped through the Dardanelles before being sunk on 30 April 1915. She has a memorial on a jetty in Princess Royal Harbour.

Albany was a US submarine base during 1942. Over 500 US submarine patrols were launched from Australia. The black torpedo in the photos above was donated by the US Navy to commemorate this. There is a memorial to those 'still on patrol'. 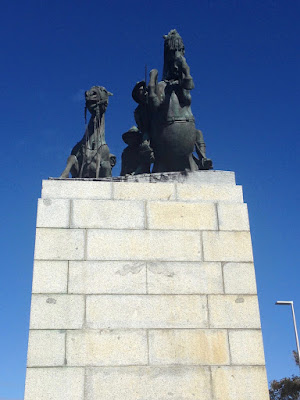 The statue is spectacular. The original was in Egypt, and was destroyed by a mob in the Suez Crisis. This replica was built and sited in Albany in the 1960s.

In the town of Albany itself, there is a small park dedicated to ANZACs and peace. It has multiple plaques outlining the town's involvement in WW1. Over 2100 local men enlisted, out of a population of 4500.

There is a grove of pine trees which are cut from the original Lone Pine (for more information on Lone Pine, see my post here). I found these strangely moving.

There is also a 1970s replica of the brig Amity, which brought the first British settlers to the area in 1826.

I was very impressed with the scope of memorials in Albany. It is a lovely historic town, full of federation buildings. If you are down that way, you must pay it a visit. Finally, in the bushland around the fort, I found a few natives!

The Bespin Gambit has an emphasis on espionage and intelligence, which is reflected in the heroes and villains- Lando and pals can be found in my previous post.

Davith Elso is a Jedi with a 'shrouded lightsaber' who is into being stealthy. I am reasonably happy with the glow effects, which don't come out well in my photo. He looks an awful lot like Nightwing...

Murne Rin is an Ithorian agent who relies on misdirection and deception rather than force. I think her robes make her look like some sort of aquatic invertebrate.

Agent Blaise is supposed to be a master interrogator. However, he's got the impotent rage angry fist thing going, and what is he doing in scout armour with an MG-34/ heavy blaster?

The ISB infiltrators look cool, straight out of some computer game. I only wish they were in a firing pose. Lining all the armour edges in grey was frustrating, but paid off.

Finally, Bossk. Not at all sneaky or stealthy, he's an angry brutal reptile.
Here's my favourite Bossk moment: