These are the heroes from the Shadowed Paths expansion. They took me many more weeks to get done than I had anticipated.

Arwen Undómiel, the Evenstar. A beautiful name that rolls off the tongue. I always try to emulate the breathy way Hugo Weaving says "Ahhhhr-when".

Dís is a character named in Tolkien's legendarium. She's the sister of Thorin Oakenshield and the mother of Fíli and Kíli. I don't really like her sculpt; it doesn't fit my vision of Middle-earth. I still don't know how to pronounce her name- I think it rhymes with 'geese', but I suspect it may rhyme with 'this'.

Eleanor is a made-up character; a Gondorian noble.

Balin is the famous Balin from The Hobbit and the ill-fated expedition to reconquer Moria. I think he's my favourite of this bunch. He has his iconic red hood and white beard, and is accompanied by a raven. I painted this dark blue (like Arwen's hair) as I think blue looks better than shades of dark grey.

This chap is a Biophagus, a Genestealer Cultist who dispenses injections of elixir and concoctions to make the brood stronger, faster, and even more aggressive. He comes with a familiar. I really did not enjoy painting all the smoke and glass- it was quite frustrating and unsatisfying, but looks better in the photos than it does in person! 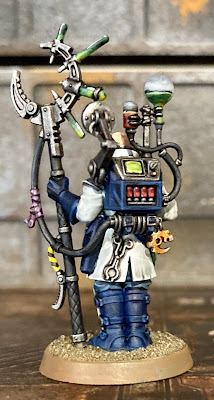 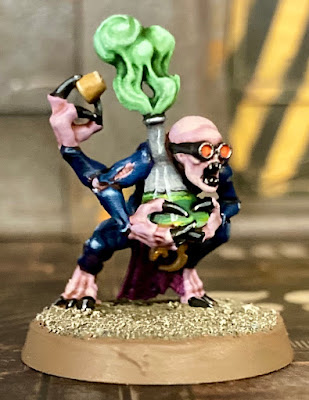 I also painted a Field Medicarium. I based it on 60mm MDF and added some limbs. I am quite happy with the shade of green- it gives that mid-twentieth century antiseptic establishment vibe. I understand Uhu glue gives compelling stringy blood- I may need to try this, but don't want to overdo the gore.

These bits would make for a Rogue Doc in Necromunda as well.

I picked up some more Batman: Gotham City Chronicles heroes: 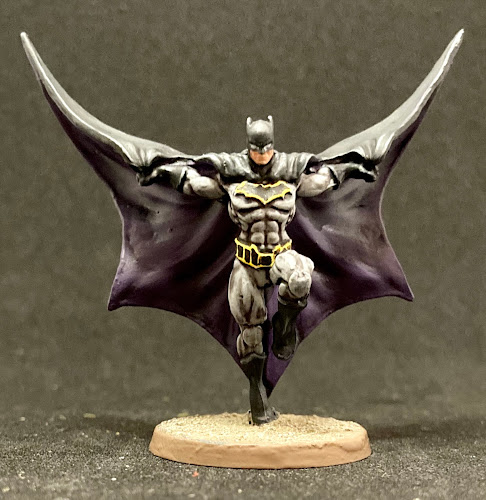 The post-2016 'Rebirth'-era Batman has a distinctive purple lining to his cape. I wasn't a huge fan at first, but it has grown on me with time and it was fun to paint. 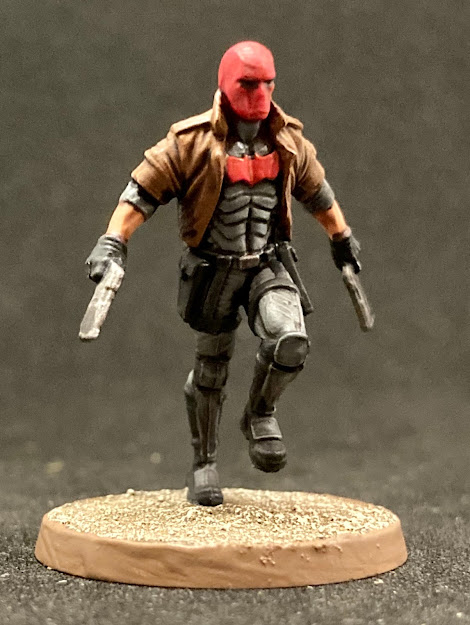 Red Hood is Jason Todd, a former Robin who is an edgy bad boy anti-hero and uses guns. For more on the various Robins, see my post here.

The Gang of Robins are teenagers inspired by Robin to become inner-city vigilantes.
Posted by Barks at 18:44 8 comments:

The Muse struck me, and I finished off a few pieces for Necromunda. There are also some scenery bits here which haven’t shown up on WwB previously.

This shrine was an experiment using transfers from Forgotten Chapters, which I am pretty happy with. I have a convoluted process, but the end result is satisfying: