I finished off the last of my Imperial Assault miniatures I had sitting around. It's a bit of a slog painting white armour...

First up are the Jet Troopers. I have to say, I quite like the idea of them zipping about the battlefield, even if they will never hit anything. These troopers are based on a Disney ride! The colours are taken from the invaluable 501st Costume Reference Library.

Next, a dewback patrol. The officer has the orange pauldron and the trooper has a bendy shock rod. I think the riders are strangely anachronistic in this age of hyperspace, antigravity, and lasers. The dewbacks look rather placid but pack quite a bite.


Finally, I had two more ISB infiltrators to empty out the plastic pile.
I'm looking forward to the next wave of releases in a few months!
Posted by Barks at 13:46 12 comments:

These intrepid souls are perfect investigators for Kooky Teenage Monster Hunters. I can also see them in a Mansions of Madness adventure- maybe where instead of going mad, you run away, or need to have a sandwich. 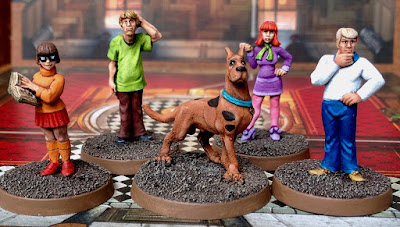 "Help me pull off Great Cthulhu's head- why, it's just that old Mr Lovecraft!" 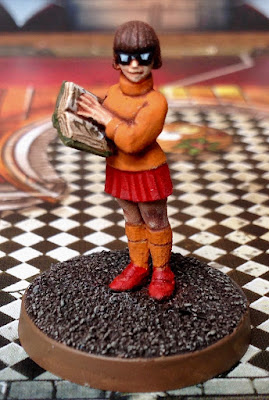 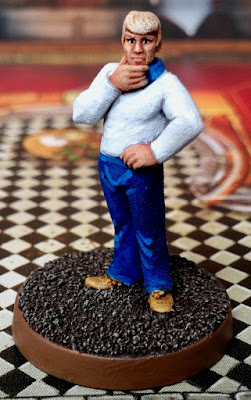 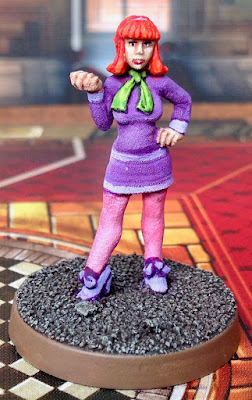 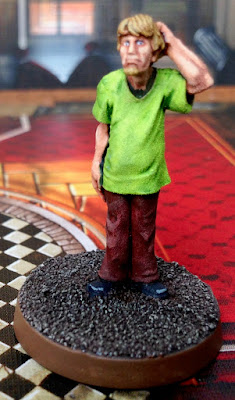 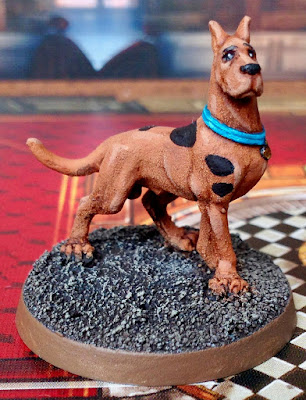 These are from Hasslefree, and I really enjoyed painting the brighter colours. They were my entry for the AHPC VII theme round 'Character(s) and/or Scene from a Movie, TV Program, Book or Piece of Music', and I'm pleased to say I received third place!
Posted by Barks at 19:51 20 comments:

Here are the scum figures from the latest Imperial Assault release, Jabba's Realm, starting with the big fella himself.

The Weequay are nice sculpts, but I'm not really a fan of their pose.

The main attraction is the Rancor. She is absolutely gigantic, and was a pleasure to paint. 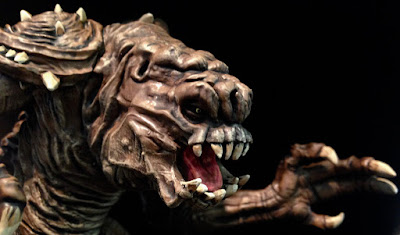 First up, Luke Skywalker in his Jedi garb. He's not quite as green as he looks. 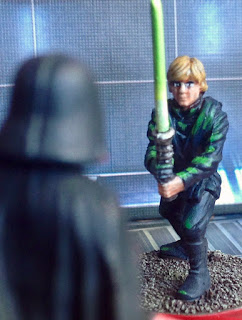 Next, some Alliance Rangers, which were quick to paint. 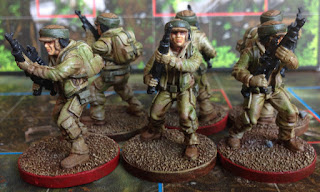 Finally, some rebel scum- these characters can be played as rebels in the campaign, or can be used as scum in skirmishes. 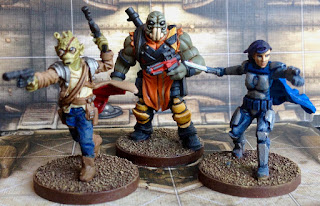 I quite like these sculpts, especially Vinto, who is full of movement and character. I didn't realise he was missing an ear trumpet thing. Omar is a solid slab of meat, and Shyla looks like she'll be a little tornado on the battlefield. 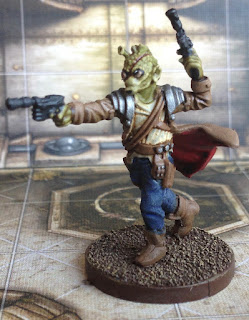 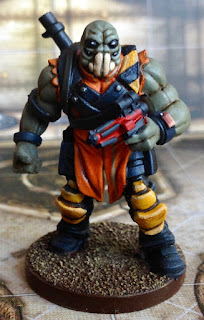 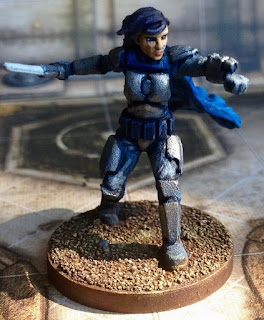