After getting started on Space Hulk, I still wasn’t confident with my reds. So the first figure I painted was the Librarian- I find blue a very forgiving colour. 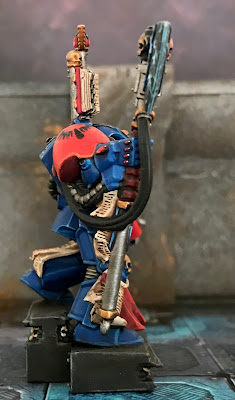 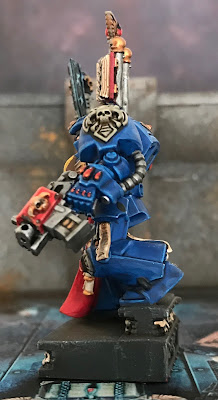 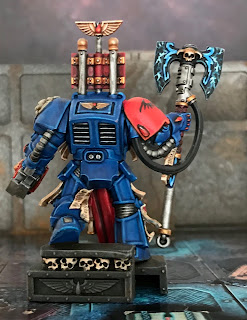 I painted his robe and stormbolter red to tie him in a bit more with his battle brothers, but don’t know if that was really necessary. I like painting psykers' eyes because I don't paint the pupils. I’m not happy with his force axe. I had to freehand the emblem on his right pauldron. I do like the writing on his book and scrolls.

I've been circling, shark-like, my 2014 copy of Space Hulk since, well, 2014. Nipping at it and withdrawing every now and then. I've decided the time has come to get into it, and this post shows some of my preliminary moves.

I poked a brush at a couple of 'stealers for the Analogue Challenge in early 2016. I found a carapace and flesh technique I was pretty satisfied with.

The delay in getting to the Terminators is due, in no small part, to my difficulties with painting red. Army Painter Pure Red spray is a godsend. I did a practice figure first: 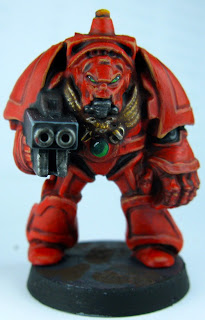 I refined my technique- a dark brown pinwash, then medium and light orange edge highlights. Emboldened, I painted the dead Terminator. I thought that if I stuff it up, then I can add weathering to hide the flaws. But I was pretty happy with the result, albeit exhausted at the time it took. 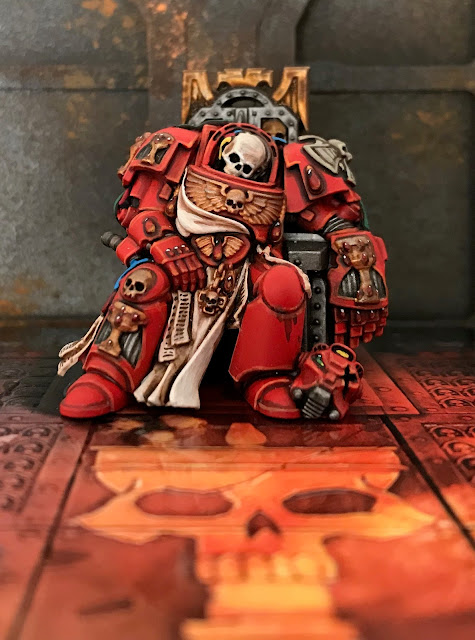 I've fired up the Skullometer: the dead terminator reads a respectable 27, mostly from his throne.

Next time: the Librarian
Posted by Barks at 17:30 6 comments:

I got Titan Legions on the day it came out in 1994. I still think the Imperator is one of my best paint jobs from my early painting days. I sold her to someone in Perth about 10-15 years ago- I hope she is still fighting. 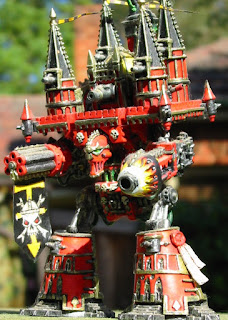 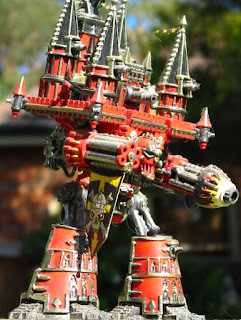 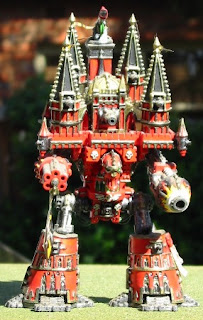 I'm still dabbling in different things- here's a Slann referee from JBone miniatures. I've done him as a test of skin colour. He came out a bit more subdued and not as cartoony as I wanted, but I'm still happy with him. 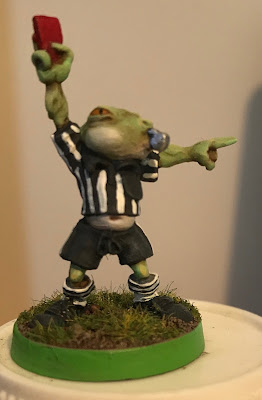