I've painted up the explorers from BSF: Escalation.

Gotfret de Montbard is a crusader; a noble on a religious quest. I do wish he had a more dynamic pose, since his role is to be right in the thick of things. 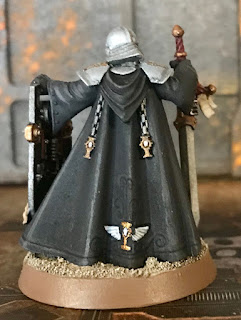 Aradia Madellan is a sanctioned psyker. She's got a great pose and cool little details, but hasn't really inspired me much. 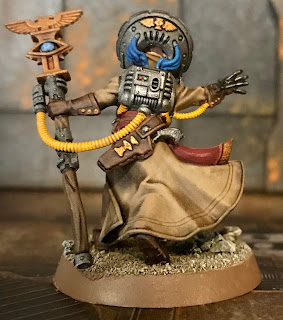 Daedalosus, on the other hand, was great fun to paint. He's a Technoarchaeologist covered in all these steampunky bits, and I'd like to paint more AdMech like him. 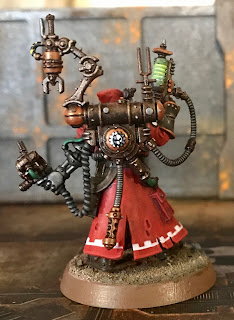 X-101 is a weapons servitor, pretty much a lobotomised slave. 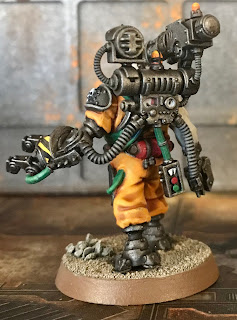 Finally, Neyam Shai Murad is a Rogue Trader. She's a gorgeous sculpt and was fun to paint. 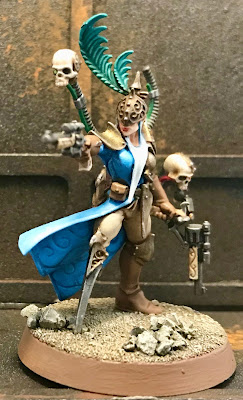 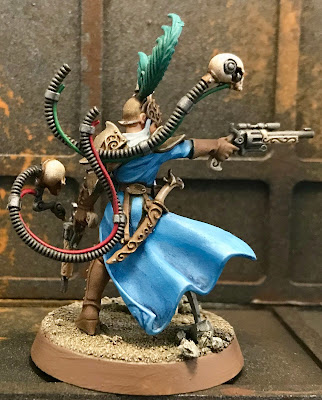 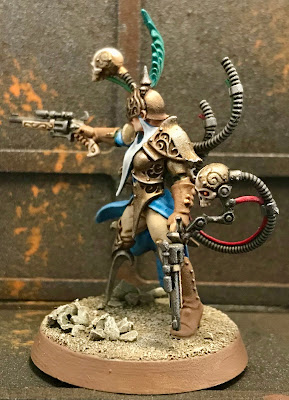 I pulled my finger out and painted some 40K terrain that I’ve been accumulating over the past few years. It is covered in grimdark detail. I rusted it up using sponged-on browns and oranges, then a coat of Woodland Scenics burnt umber wash.

I’m not sure what this is- a communicator, a snack dispenser, or a jukebox. Looks cool, though! 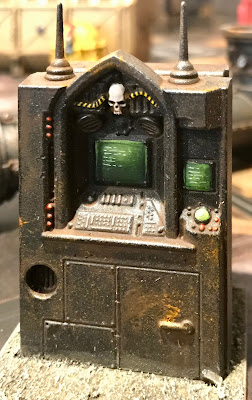 This last piece is a cool objective for a scenario. It is a planet-killing exterminatus WMD- you
have to defuse it or arm it, or maybe you don’t know what it is but your gang thinks it looks cool. 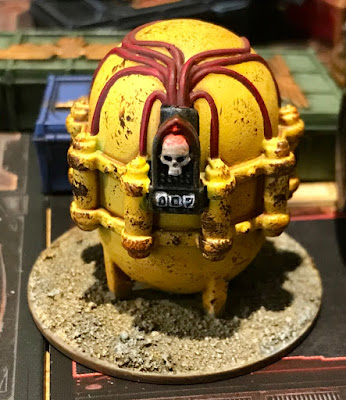 Mansions of Madness: Path of the Serpent

I've painted the monsters and investigators from the latest MoM expansion, Path of the Serpent. The monsters are a bit more pulp/ Indiana Jones than cosmic horror, but they're still nice figures.

On the slopes of Mount Doom

I beheld the last combat on the slopes of Orodruin, where Gil-Galad died, and Elendil fell, and Narsil broke beneath him; but Sauron himself was overthrown, and Isildur cut the Ring from his hand with the hilt-shaft of his father's sword, and took it for his own.

The opening scene of Jackson's Fellowship absolutely blew my mind and sucked me in to hours of films, and later countless hours of toy soldiery. 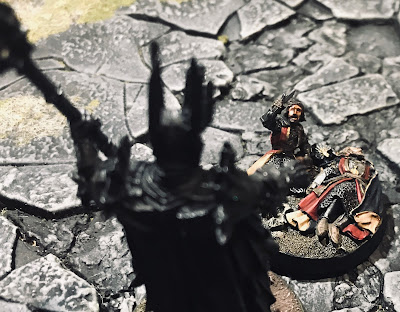 These are Perry brothers sculpts. I painted Sauron and the standing Elendil and Isildur many years ago, but they have not previously graced this blog. For the 'last stand' and 'geology' challenges in AHPC X, I painted the prone Númenóreans and made a scenic base. 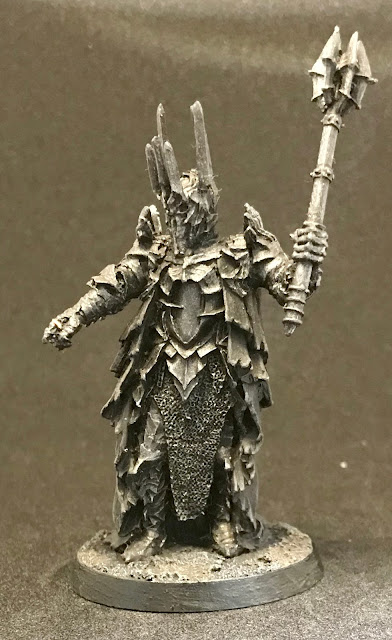 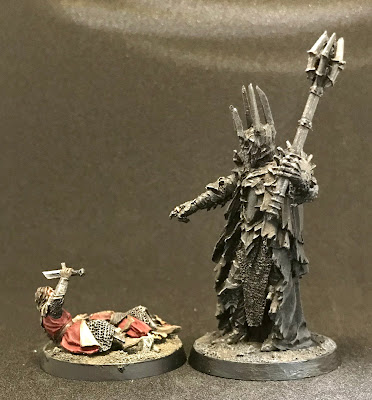 I used a rocky outcrop from Gale Force 9 to bulk up the Renedra base, to provide a visual balance to Sauron, and to reinforce the idea that their backs are against the wall. These outcrops are lovely durable resin pieces, and I strongly recommend them. I 3D printed a ring (!) to contain Sauron's 40mm base. I built up the groundwork with plaster, bark, and model railway ballast. I added some brown tones during the painting, since grey is boring and doesn't look right. 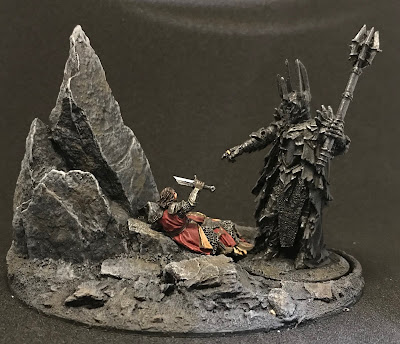 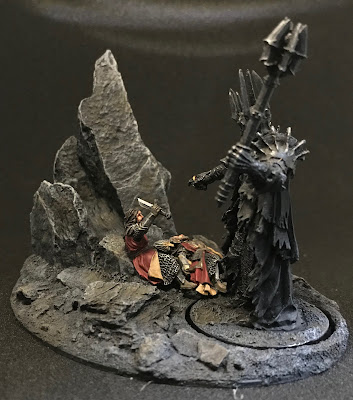 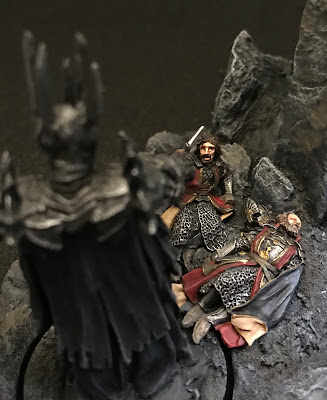 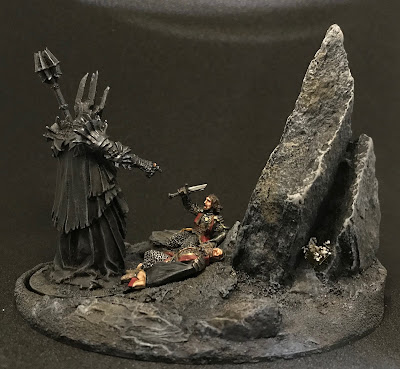 I added a flower in a rocky cleft, since hope blooms even in the darkest moments.
Posted by Barks at 17:00 10 comments: