Happy blogday to me

It's the 6th ever blogday for WwB! As always, it's a time to look back over the past year. My retrospective has a yellow theme. It was the main colour for my samurai command unit...


... but mostly I used it as a splash of colour in other projects:


Two things which have no yellow, but I'm very happy with, are my white walkers and landships.

I haven't done as much miniature wargaming this year, but have made up for it with some serious boardgame time. Codenames, Arkham Horror: The Card Game, and Commands & Colors Napoleonics have all seen solid playing time. I've dabbled with some escape room games, the Unlock and Exit series. I'm in the middle of a Pandemic Legacy 2 campaign right now.
I'm moving house- again... I've been trying to pack up all my little men, and it is proving a sobering task as I realise the lack of sensible transport options...

So, what's ahead? After my Deathwatch slog, I'm eyeing off Space Hulk. Following my trip to Japan, I feel I can't keep putting off my samurai. I hope to get to CanCon 2018. There will be more Star Wars.  I'm looking forwards to some PSC 15mm WW1 French.  I'll be looking closely at Batman The Boardgame when it hits Kickstarter early next year.

The Analogue Hobbies Painting Challenge VIII has been announced, and I've thrown my hat in the ring. I may have overstretched with an ambitious target of 1100 points... but I'm really looking forward to it! 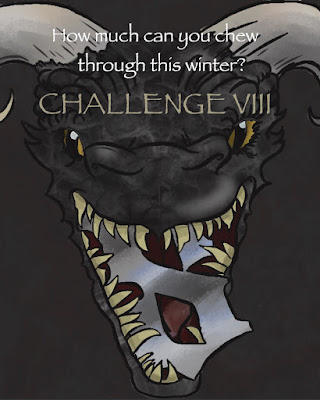 In other blog news, I will likely be hitting 300 posts before next year! As always, thanks to all the readers and bloggers who make this such a varied and fun place! See it in action here:

I had a great first trip to Japan. It was fairly easy to get around, the food was great, most people spoke some English (phew), the scenery was beautiful. In this final post on my trip, I thought I'd jot down a few notes on the scenery aspects of my visit, and illustrate with some photos. My views on the city may be useful for modern or near future cypberpunk, and my notes on the country will help me for sengoku era gaming.


Tokyo is a megacity, well over 10 million people. The infrastructure is very supportive. The buildings are at least three storeys as far as the eye can see, in every direction. Cars are compact, streets are narrow, bikes are everywhere. Underpasses are extensive. Vending machines are incredibly common, with less physical depth than I'm used to , and selling hot drinks as well! Pavement is scarcely existent outside of the city centres. Overhead telephone lines are a complete spider web (hard to replicate on the gaming table!). Private gardens are small and a luxury.


Bullet trains (shinkansen) are my new favourite way of travel. Smooth, fast, lots of leg room, on-time to a fault, and no check-in or security like an airport. And so cool. 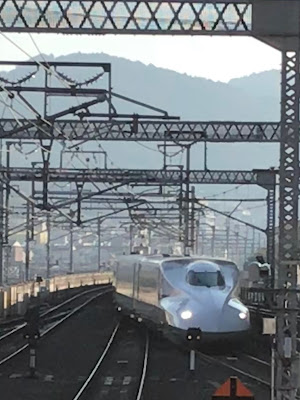 
The traditional gardens I visited were lovely- although ten-year old me wouldn't have been so appreciative! It takes a lot of effort to make them appear so natural, if you know what I mean. Winding paths, little ponds and streams with bridges or stepping stones (and koi), mossy ground. Stone lanterns are common. The torii gates have quite an orange component to their colouring, which is a vibrant contrast to the green surrounds. Cherry blossoms in spring, bright red maples in Autumn.

Can you tell I liked Kyoto?! I had a great little trip to Japan, but barely scratched the surface. I am looking forward to going again!

Email ThisBlogThis!Share to TwitterShare to FacebookShare to Pinterest
Labels: Japan

In Japan I had a few days in Tokyo, Kyoto, and Hiroshima. In between being the tourist, I dropped in to hobby shops when the opportunity arose. This list is far from nuanced or exhaustive, it is purely where I happened upon.

Akihabara is a central suburb known for electronic gadgetry. It has a strong nerd/ geek culture. I found a nine floor building (Akihabara Radiokaikan), and every floor was a different nerd heaven. Especially if you're into CCGs or large display figurines. 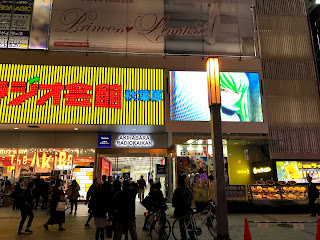 YS is a chain of gaming stores across Japan. The bulk of their business is CCGs, but they do have boardgames. On the 6th (?7th) floor of the Radiokaikan building is a big YS store, with a large gundam and scale model focus. It had some boardgames as well. There were some beautiful scale models on display. 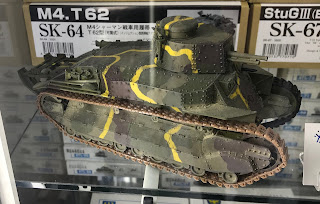 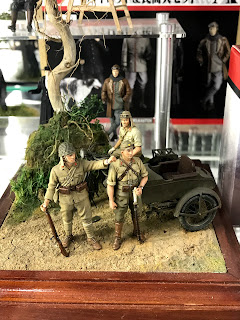 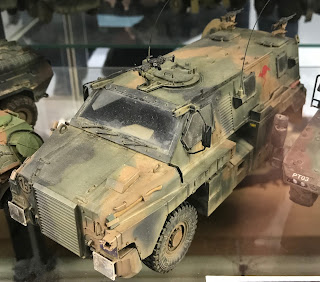 Shinjuku is another major suburb of Tokyo, with the world's busiest railway station. It also houses the Tokyo Metropolitan Government Building, where you can take a free lift to the observation level on the 45th floor for views across Tokyo.

There was a YS in Shinjuku- much smaller then the Akihabara one. It had a few boardgames. 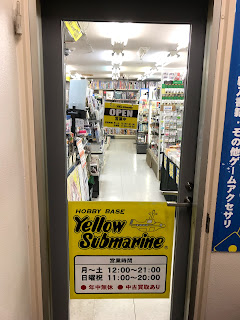 Tokyu Hands is a department/ variety chain store, where you can get just about any household good, hardware, stationery, kitchen utensil, luggage, etc. I went to their flagship store in Shinjuku, and found a few boardgames. It is next to a good bookstore, Kinokuniya.

Another YS in Kyoto- again, mostly CCGs with a small selection of boardgames. I think it had a paltry amount of GW stuff as well. 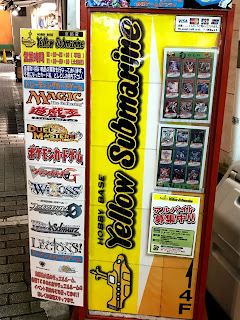 
This is a basement hobby store focussing on scale modelling, and had a very good range of stuff. 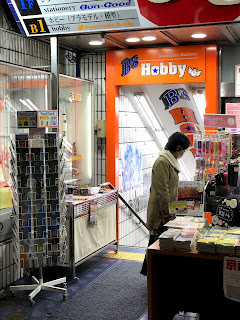 The last YS! Again, CCGs, some boardgames and a tiny amount of GW. Quite a few 1:144 planes.


I think it was called Cleverland, but it was on the 4th floor of the Futabatosho Giga Hondori store, barely a block from the YS. A good selection of model railway (N-scale) and scale modelling/ gundam stuff. This display case nicely summarises the miniature situation in Japan- lovely scale models, castles, and mecha and girls in mecha. 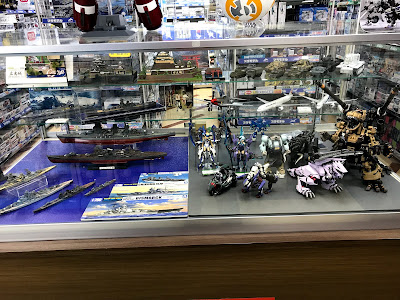 
On the walk to and from the Kure naval museums, you'll go past Malta Hobby, which is a scale model store packed with teetering piles of plastic kits. 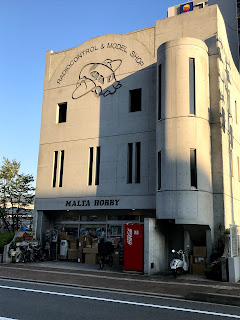 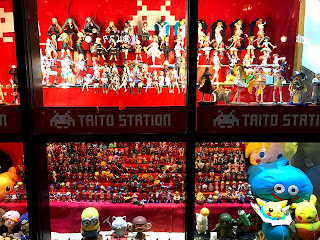 
I was very restrained- I got a gundam marker pen for 180 yen, and a Japanese edition of Sushi Go. 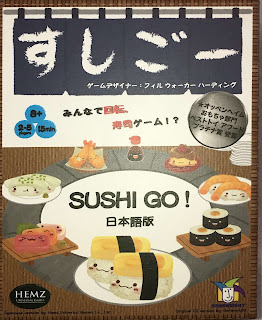 Next time- final thoughts and more pictures.
Posted by Barks at 15:49 4 comments: