Tom Bombadil is Tolkien's most enigmatic figure. He's also often the first major hurdle many first-time LotR readers encounter. I really like this sculpt which captures the Hildebrandt magic.

His wife, Goldberry, is a river spirit. I don't usually add flowers to bases- this was a good exception.

These figures are from The Printing Goes Ever On.

Email ThisBlogThis!Share to TwitterShare to FacebookShare to Pinterest
Labels: 28mm, 3D printing, Lord of the Rings, Middle-earth, Printing Goes Ever On

Ned Kelly and The Kelly Gang

Ned Kelly is the most (in)famous Australian bushranger. Starting with petty crime, his career progressed through horse theft and cattle rustling and on to murdering police and robbing banks. His gang fashioned armour out of ploughshares in a bush forge, and wore it for a shootout with police at Glenrowan in 1880. Forewarned of ambush by young teacher Thomas Curnow (an under-recognized hero), the police prevailed. Kelly was executed and his last words were, "Such is life." He was 25.

His iconic armour weighed 40kg and significantly impaired movement and vision, but sustained multiple hits without penetration.
He has become part of Australian history, either as an idolised Robin Hood figure or a disaffected terrorist- Geoffrey Robertson scornfully calls him 'Jihad Ned'. If you have a "Such is life" tattoo, then I will judge you. 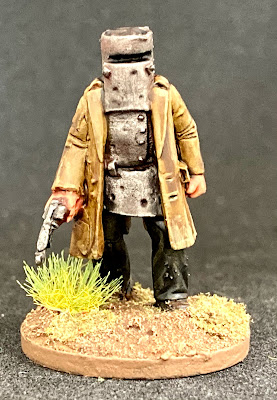 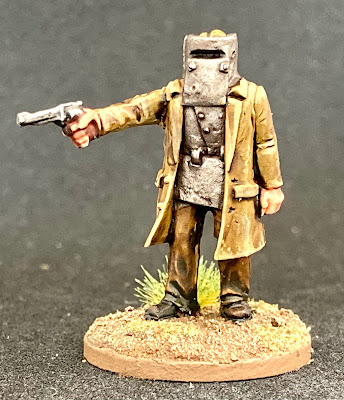 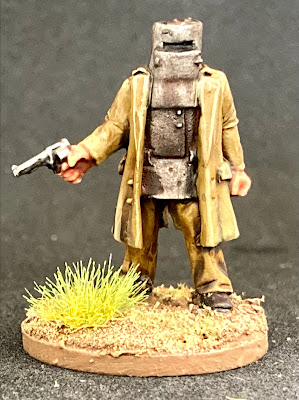 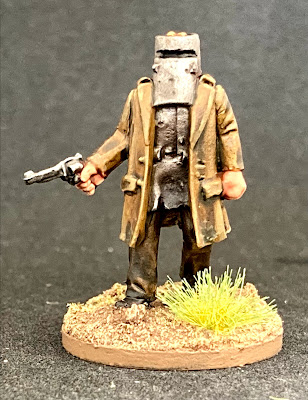 These figures are from Great Escape Games. I painted the armour with Army Painter Gunmetal, then a wash of AP Dark Tone, then a thin wash of Vallejo 73.204 Flesh Wash for a subtle rust effect. The final touch is a 2B pencil for edge highlighting and scratches.

I've bought or printed an amount of various scatter fantasy and dungeon pieces this month: 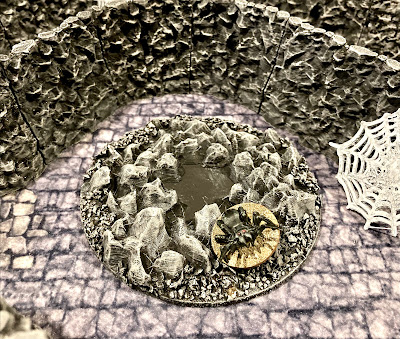 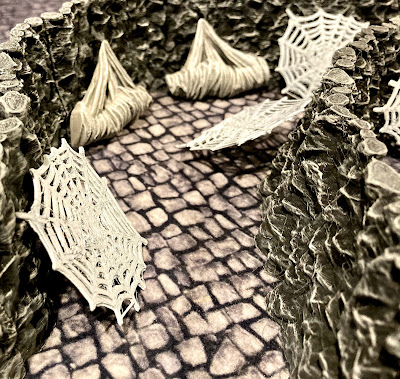 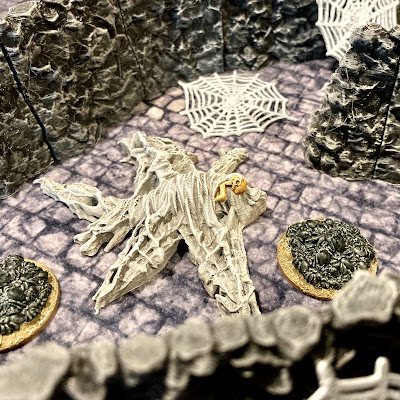 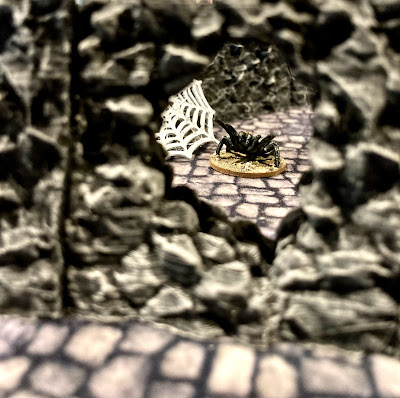 *The market stands were atrociously warped. I did the hot water/ cold water trick to no avail multiple times, and ended up melting them on a flame to try and get them straightish. Very frustrating and I cannot recommend, but the other Mantic stuff was fine.