Here's the baddest dude of them all, Darth Vader. I used some slightly too subtle blues and greys to highlight his cloak and armour, and gloss varnished the eyepieces. I worked on his lightsaber and the glow effect using what I had learnt from his 15mm version. I'm quite happy with the outcome. 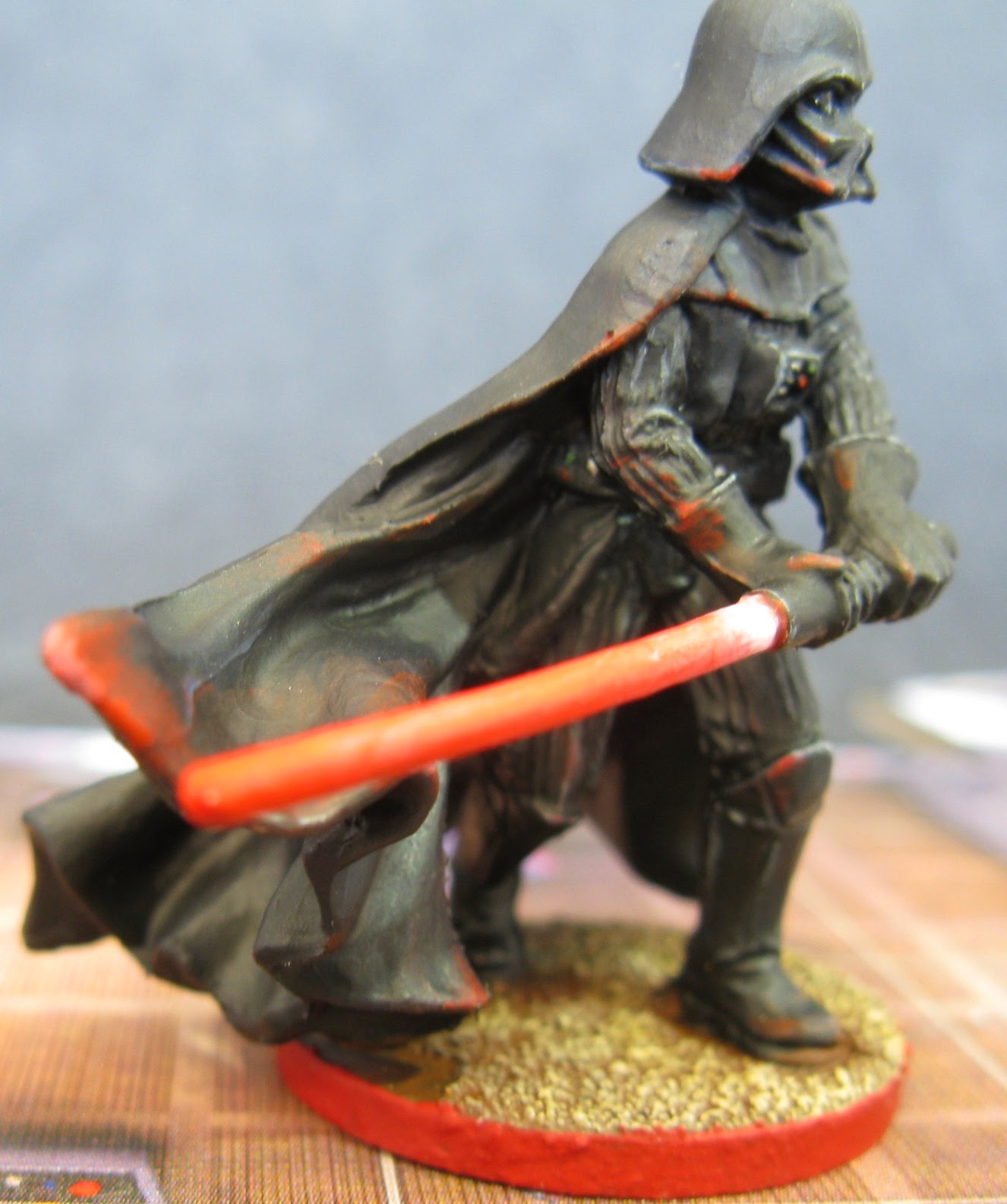 The Stormtroopers were a real slog, but worth it for these iconic minions. I was influenced by Sorastro's Stormtrooper painting guide video. I used a black wash over a white undercoat, then went back and picked out all the white bits again. I got this stage down to about 30-40 minutes per figure.

The E-Web Engineers (dreadful name) were painted the same as the Stormtroopers.

The probe droids are cool. It is hard to tell if the 'real thing' are black, metal, dark grey or dark olive. I went for a dark olive, and used gloss varnish on the lenses.

I like the officers' leather gloves and jackboots, and the rank badges are nice as well. I don't know Imperial badges of rank; any pointers here gratefully received!

The Royal Guard look awesome and implacable, but somehow seem a little improbable given that they're the Emperor's personal guard and I don't think they should be turning up all over the place. I used Army Painter Soft Tone wash over the AP Pure Red spray undercoat, then highlighted the cloak with Pure Red and the very edges of the helmet with a tanned skin colour. Gloss varnish to the visor.

I don't like painting vehicles, but the AT-ST was easier than I had anticipated. Over a grey basecoat I washed it black then drybrushed it with lighter grey. I used a sponge for a chipping effect. I gave a dusty wash to the feet which came out OK. The head pivots and the chin guns can be elevated and depressed.

Next time: the Mercenary faction.

I was very pleasantly surprised earlier this week to hear of The Great War crowdfunder, which has already reached its funding goal. This is a joint effort between Richard Borg (Commands and Colors series designer) and Will Townshend (Plastic Soldier Company). This is, in essence, a WW1 C&C game with plastic 15mm miniatures. That alone was good enough to get me on board. 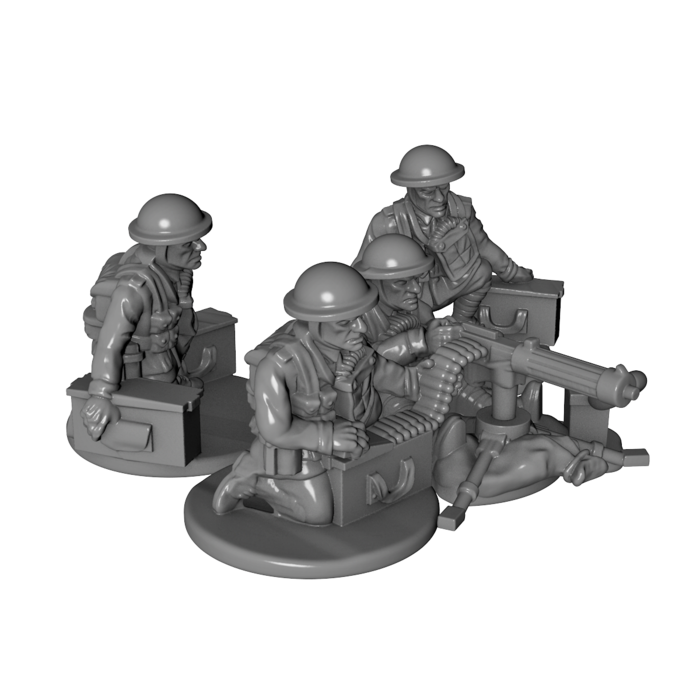 Here's some of what I have gleaned about official plans and the future for the game:

I'm behind this game. I'm a fan of the C&C games (see here for proof) and I have a few PSC products which have been great. 15mm is my favourite scale. The Kickstarter closes 09 Mar 2015- click here to have a look!

Whilst I'm doing a post about other people's stuff and WW1, I must mention 'Mustering the Troops'. Here's the breakdown:

I am completely on the wrong side of the ditch here, and wish my Kiwi colleagues the best of luck with their choice project, bro! 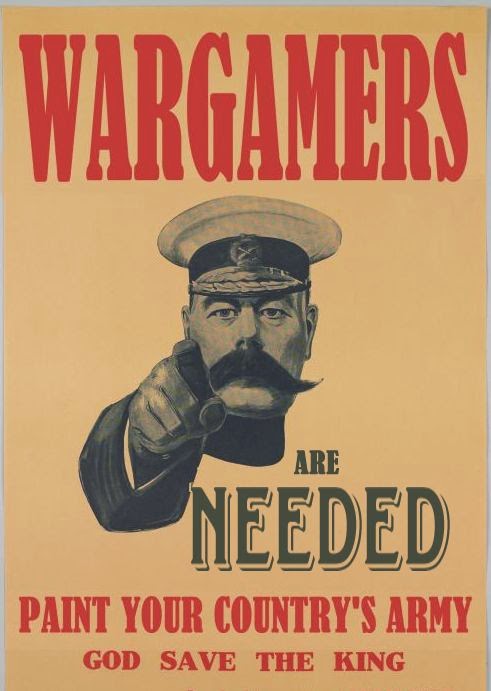