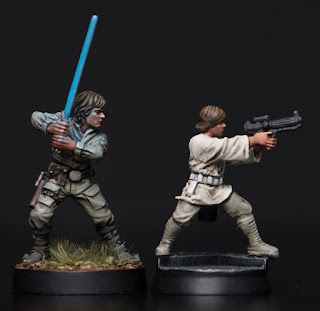 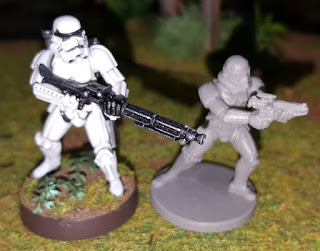 "OK men, we will be fighting on narrow, rusty walkways and gantries suspended hundreds of feet in the air. Any questions?"

"Can I take my motorbike?" 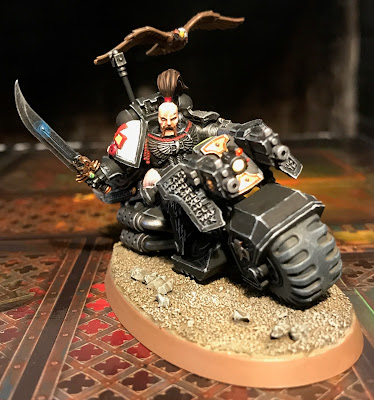 White Scar Jetek Suberei and his bike and his battle budgie. This was a fiddly model to paint, but I got there. I'm happy with the new technique I tried on his power sword- I'll refine that in future. I'm also happy with the chunky tyres- the dark grey helps set off the black armour. I slightly offset the model on the base to accentuate a sense of motion. 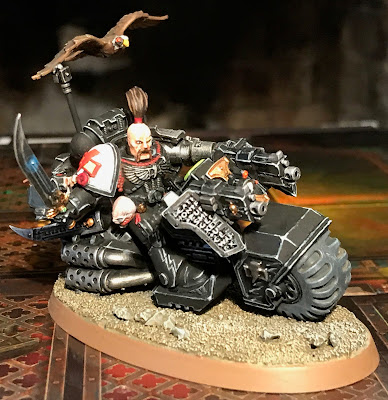 The lightning strike on his leg and on the bike were a minor hassle. I've given up on going for a really monochrome scheme, and so there are a few more splashes of colour around the place, including the bike's display. It's a bit hard to see, but I like how the scar on his face matches the damage on his helmet. 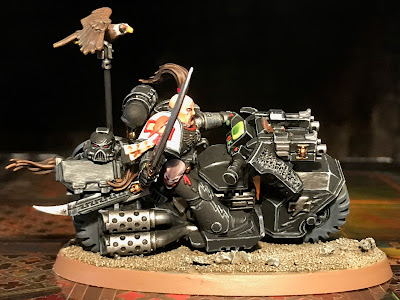 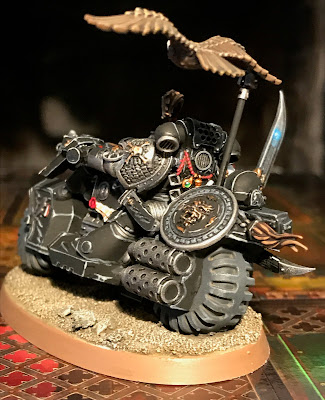 I don't know if that's what was intended or if I misread the sculpt, but I love the purity seal on the cyber-eagle. So daft. 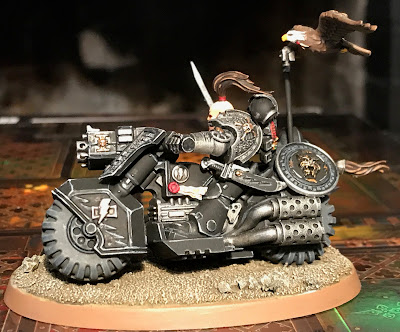 This larger model took a bit of effort, but with last week's terminator done as well I feel I've broken the back of this squad and only have five more marines to paint.

I kind of like this model. Garran Branatar has a subtle twist to his stance where he is just about to cook some heretics. The iconic terminator appearance is nicely done. It wouldn't be GW without some silliness, so here's your flamethrowing asset with canisters of fuel on his back- it's fine for him to balance a blazing brazier on his head. 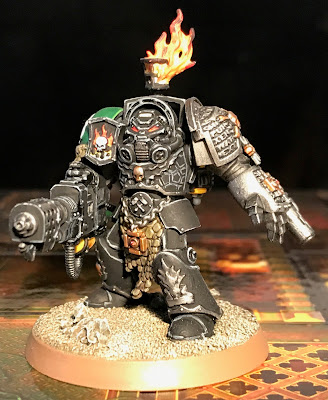 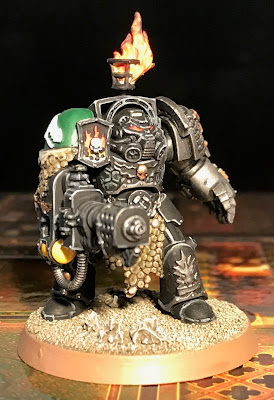 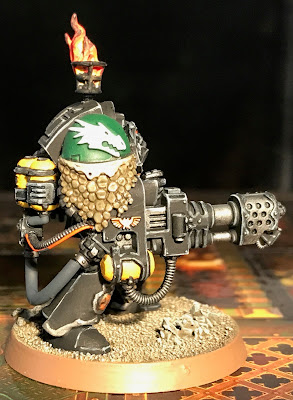 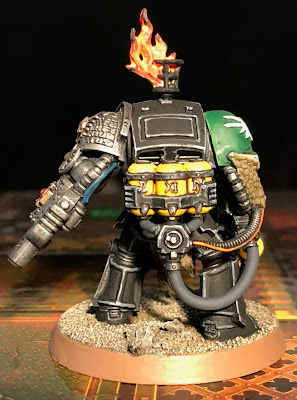 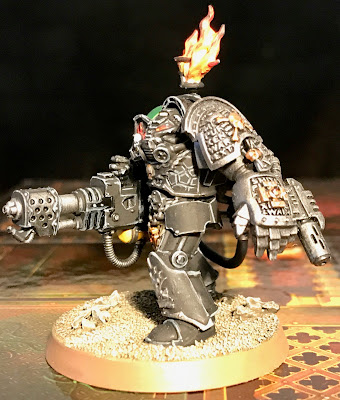 He has a teleporter homer as well. The beacon is more of a light blue in the flesh. 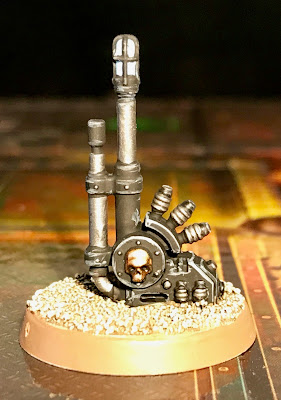 I attended a Store Championship Imperial Assault tournament last weekend. I last went to one of these a bit over a year ago, and got thoroughly trounced, coming ninth of nine with a Stormtrooper list. I do not play competitive IA at all, so based on that previous experience I modified my expectations and went along to have a good time and learn. I made a Rebel list, which I have called Rogue Two.

This was the first time I have come across the Smuggler Box tactic, where a few key characters use passive abilities to turn themselves into a hard-to-kill defensive block. Luke Skywalker was not in the box, and I was able to whittle him down and kill him before losing 46-25.

A similar looking team to my last opponent (but no Smuggler Box), and we had an attritional fight. Luke was doing the best to replicate his daddy and murder my troopers in a corridor, whilst I was inspired by my killing of him in the last match. I almost took him down, but he played a card that saved his bacon and gave him the win 40-24. I don't know if I should have gone for the objectives, but murderous Luke was in my way regardless.

This was pretty cool- I got to play against a Scum list containing Jabba, in his own palace. My opponent ran around killing my guys, but left Jabba alone in his starting location. I saw the opportunity and stormed him, taking down the crime lord in a hail of fire- but it wasn't enough to give me a win and I lost 43-25.

So, I had four losses, and came tenth out of ten. But I was already expecting a poor result, so it didn't pain me too much and I learnt a lot about the competitive side of IA. The games were fast, usually around 40 minutes, which is nice. My opponents were very obliging to explain afterwards just how they were able to do so well.

IA Skirmish, like X-Wing, is much more of a game than a tactical simulation. It has trends as different models come out- IG-88 and Jedi Luke are currently atop 'the meta'. I prefer the narrative campaign, but it is good to try the other mode of play as well.

Rogue Two were OK, but not spectacular. I did better than last time, actually getting scores in double figures! I know I missed opportunities to really get Rogue Two working together well and using all their abilities to the utmost, but I also feel they were a bit lacking in damage output. Something to think about for my next tournament!

In the skirmish arena, I also got to play Flick 'em up. This is a dexterity western game, where you physically flick 'bullets' at your opponents cowboys to knock them down. It's visceral fun- you groan when you just miss, and sigh with relief when your bandit teeters but does not fall. Much more relatable than rolling a die.

It has some clever features- you flip your cowboys' hats to show when they have activated, and the town hall clock shows the turn progression.