After getting my 'stealer cult out of the shadows recently, I was inspired to paint up a character. 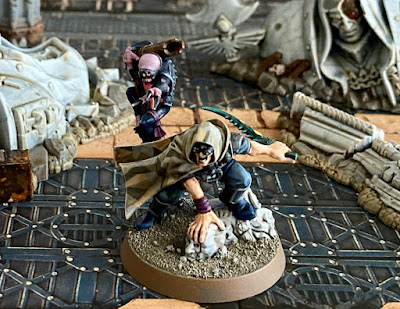 The Sanctus is an assassin, armed with a rifle or blade. I was able to magnetize both options. 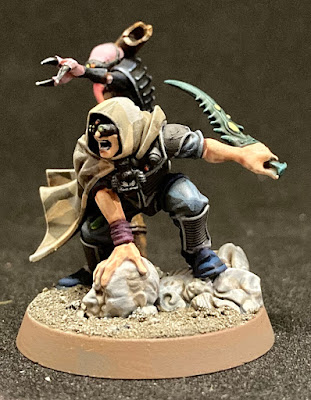 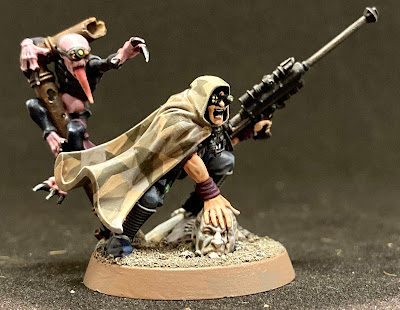 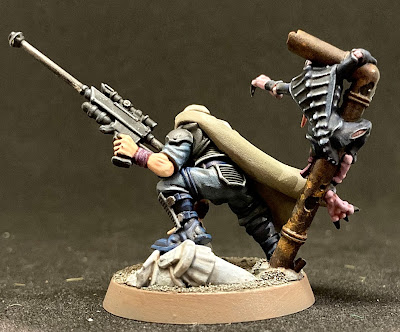 I did an angular sandy grey camouflage on his cape using Vallejo Model Color 70.821 German Camo Beige, VMC 70.830 German Field Grey, VMC 70.819 Iraqi Sand, and Army Painter Ash Grey.
The figure is poised on a ruined statue, so I painted some ruined statues as practice. Here they are with some Chaos cultists for scale. 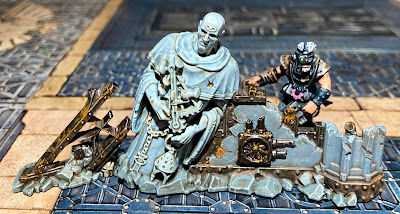 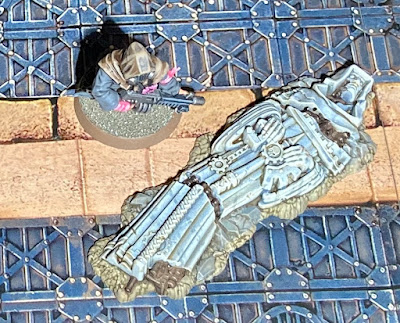 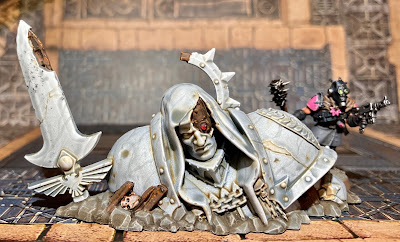 The white marble is GW Apothecary White Contrast on a white undercoat, with shading from AP Soft Tone and some thinned AP Uniform Grey to give some veiny contrast in big plain areas.
Posted by Barks at 17:00 8 comments: