I picked up a (relatively) cheap copy of Assassinorum: Execution Force last year. The figures had been assembled but not painted. One of the theme rounds for AHPC VIII was 'Big Flipping Gun', which was the perfect opportunity to paint up the Vindicare and his signature Exitus rifle. I had to take mold lines off the assembled model, and paint around the scenery behind him... The synskin was painted shades of blue before a black wash, and I'm pretty happy with it. (Not looking forward to the Callidus...) I wasn't going to do the white faceplate, but it does give a focal point to a model that otherwise doesn't 'pop' on the tabletop. 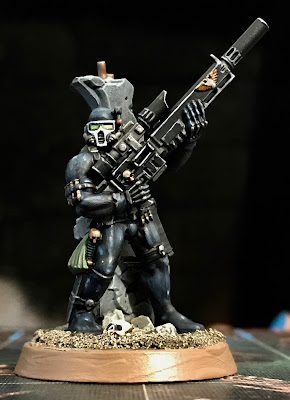 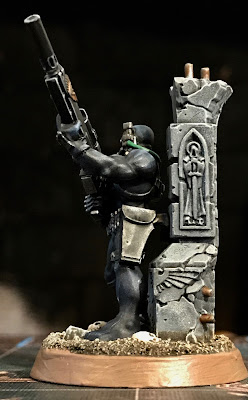 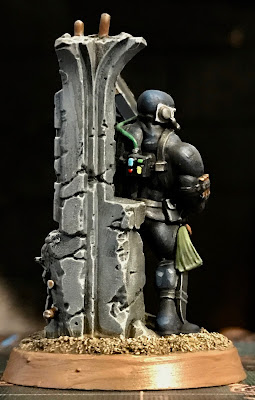 Mansions of Madness: Streets of Arkham

I've painted up the figures from the latest Mansions of Madness expansion, Streets of Arkham. The quality of the sculpts has greatly improved compared to the first edition.

First, the investigators. Tommy Muldoon is the rookie cop. He's got something of a young Peter O'Toole going on in his cheekbones.

Finn Edwards is a bootlegger. His face is great, but didn't photograph well. I tried to paint him carrying a bottle of illicit whisky, which was tricky.

Diana Stanley is the former cultist with a heart of gold. Her face is a little featureless, unfortunately. I gave her green details, as most of my Cthulhu stuff has green in it. I quite like how the candle flame and wax look.


Marie Lambeau is a jazz singer who learnt about monsters and spells from her grand-mère in the bayou. A lovely sculpted face.

Not all the foes they face are supernatural: the hired guns with their derby hats became some clichéd Irish hitmen under my brush. I enjoyed layering their trenchcoats. 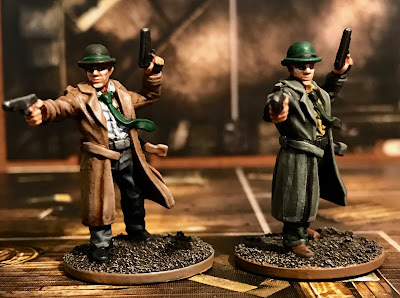 The skeletons are suitably 19th century with their watch chains and waistcoats. 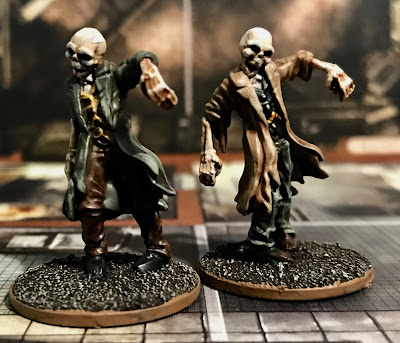 My favourites are the Star Vampires. These are invisible creatures which can be heard faintly tittering, and become visible by being filled up with their victims' blood. They're a chaotic mess of teeth and tentacles- perfect. I based them on 60mm bases.

Finally, the Lloigor. It is some sort of invisible reptile thing, and I'm not really fond of the sculpt- it is a monster designed by a gaggle of schoolkids. It's got two legs, four arms with claws, four arms with pincers, eight eyes, a pincer on the tail, armour on the back of its neck, floppy looking spines- it really reminds me of the Black Beast of Arrgh! I persevered with multiple thin layers of grey, and am satisfied with the outcome. It's big- I based it on an 80mm mini-disc. 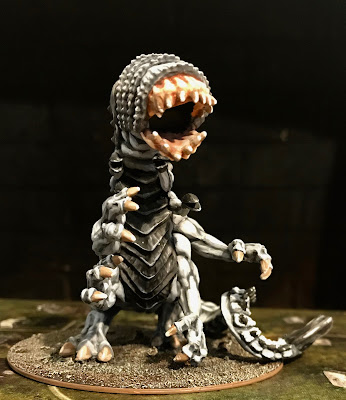 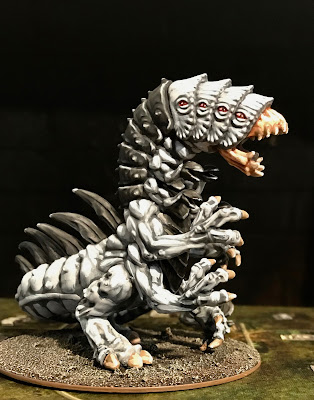 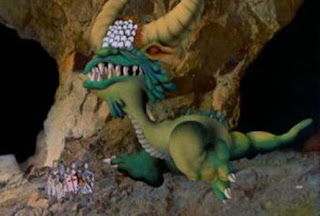