Has it really been five years?

Yes. Yes it has. And I still haven't followed up on some of the promises I made in my early posts... Someday I'll do a Part 2 for the Rohirrim!

I use blogday for an annual retrospective, which is deliciously indulgent, rambling, long, and picture-heavy. Last year I found a theme in the colour red- this year, the colour purple.

To complete my theme colour, I wanted to get some more figures painted for BattleLore, but ran out of mojo (hence the recent run of retrospective posts rather than new stuff). Here's a teaser for upcoming toys:

This year, I've been able to get a bit of gaming in- in particular, I've been flexing my Battle Cry setup, which has been fun. A fair bit of Blood Bowl as well, with three tournaments and a mini league. I played a few games of Forbidden Stars as well, which were fun- it's a shame the game won't get any expansions after the FFG/ GW conscious uncoupling. Most of my gaming has been of the boardgame or "hybrid game" variety, many with figures painted by my amigo Glockta.

The Wild Flings got a lot of love from the fans, but not so much from their opponents...


I really liked painting PSC's 15mm WW1 figures. I've got a few of their tanks lined up in my painting queue.

My game of the year was Pandemic Legacy. I thought this may have been overhyped, but this cooperative boardgame campaign provided me with hours of enjoyment. I can't recommend this enough, and I'm eagerly awaiting Season 2.

Earlier this year, I enjoyed playing Imperial Assault and then turning it into comics with the assistance of Mike Glasswell. This has been an unfinished symphony, but there will be more! 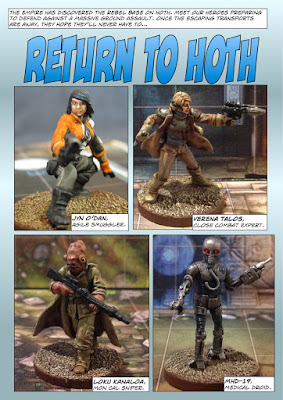 This week saw the Analogue Hobbies Painting Challenge VII announced, and I have thrown my hat in the ring. I participated for the first time last year, and it was such a fun, friendly, supporting environment I have been looking forwards to it all year. And I got so much painted! I'm grimly contemplating all the prep I have to do in the next few weeks...
What's coming up for WwB? I'll be clearing the decks before AHPC VII, then that should power me into 2017. I'm trying to get to CanCon in January, hopefully we can have a bloggers meet-up like last time. I'm hoping that the Blood Bowl re-release is a good thing. I'm looking forwards to getting a rancor for Imperial Assault. There are a few Kickstarters brewing... so there's more than enough to keep me out of trouble! 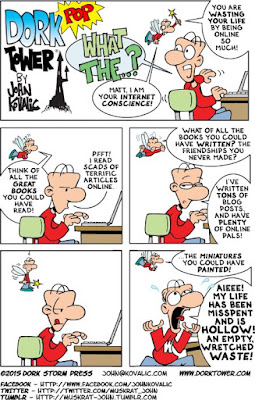 As ever, it is your comments that provide extra fuel to this blog, so thank you all for reading and participating!

Another blast from the past. This is my Ogre team, Snot Unusual. I won the 2008 Eucalyptus Bowl Stunty Cup with these guys.

The Ogres are from Heresy, but I'm not sure if Andy sells them any more. They're on 40mm bases, and each required multiple pins- each is seven parts plus the base! If I ever run out of things to,do, I would rebase these on 30-32mm bases.

I got the Snotlings from Impact!, and they're on 20mm bases. In hindsight, I think it would have been cool to have two or more figures on a 25mm base!

This team was where I started to veer away from the Warhammer-esque fantasy aspect, and played up the American Football aesthetic with helmets, shoulderpads, big numbers, padded leggings etc. Still a healthy amount of spikez, though.

Another Blood Bowl team from the past. The Khemri are by far the quickest team to paint! They're good to game with, because they teach you the value of a 4+ to pick up the ball. I have done a two-turn TD with this team- once.

The skeletons are from Warhammer plastics. The mummies, coach and scarabs are all from Reaper.

My painting mojo has disappeared, hence no post last week and a few retrospective posts rather than anything new. Also, I'm moving house which does tend to upset things. Hopefully back to normal programming soon!
Posted by Barks at 17:26 10 comments: