I painted the figures from the latest MoM expansion, Horrific Journeys.

There are some human, humanoid, and eldritch monsters:


I'm pretty happy with the Warlocks' suits. I went dark grey with a black wash and highlighted with a mid-grey. The Formless Spawn is supposed to be an amorphous tarry black blob- I highlighted it from above and then washed it down with a black wash. It's big: on an 80mm base.

The quality of the figures is leaps and bounds ahead of where FFG used to be.
Posted by Barks at 17:00 12 comments:

After last week's rebels, here are the other figures from FFG's latest IA release, Tyrants of Lothal.

Here's Spectre Cell with Hera and Chopper:
And here are some Loth-cats, felines found on the main Rebels planet Lothal. Their ears resemble the McQuarrie-inspired rock formations on the planet. 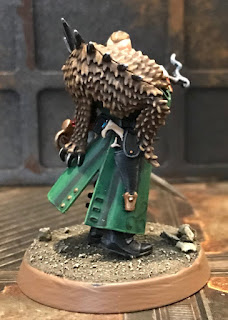 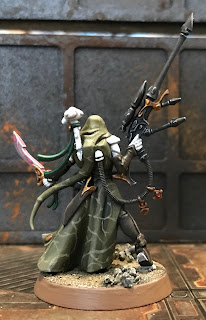 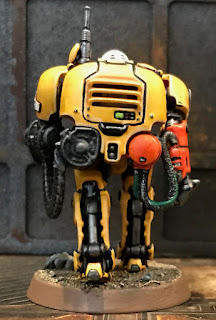 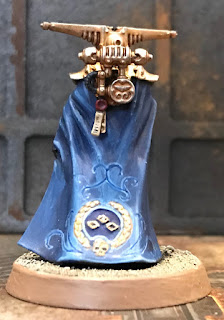 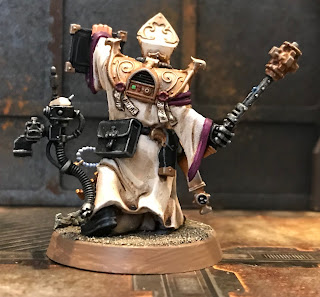 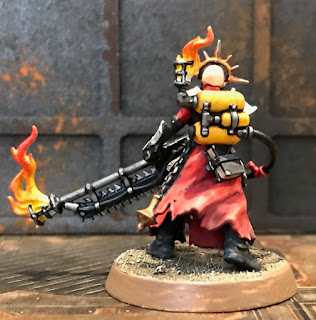 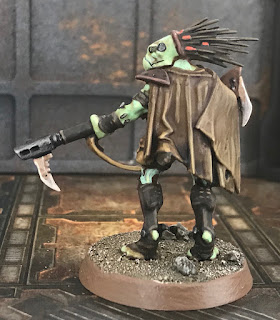 I wound up getting Blackstone Fortress, and have painted the figures in a Slaanesh scheme. This was to match my other Chaos Marines- the new sculpts are much nicer, and also bigger. 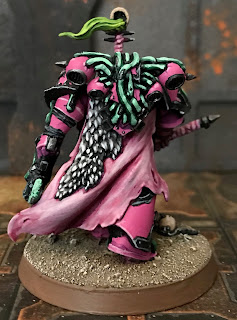 Pink is frustrating to paint- it takes several coats to get good coverage. A purple pinwash and pale edge highlighting is all you then need. The sculpts are very good and help sell this somewhat unconventional palette.
There are other forces at work in the BSF:

It is very satisfying to get this project done.
Posted by Barks at 17:00 10 comments: