As I discussed a few weeks ago, it's time for a new header image. What do you think?

In 2013 I'm looking into working on my 'Saga' forces. I've been using dismounted Rohirrim as proxy Anglo-Danes and this has to change. I'm also going to get a Viking force- for me, Viking raids are what the Dark Ages are all about. And those Conquest Normans are so neat. And then there's the Welsh...
I'm really waiting to see what Gripping Beast will do with their generic unarmoured warrior plastic kit rumoured to be coming in April, but here are some trials using GB plastics:

I really like the GB plastic figures. I'm making plastic warlords for both factions, and banner bearers. I decided to go with slottabases (rather than the flat discs which are in vogue) to match my other 28mm stuff.

I'll go into more how-to detail later in the year when I get more figures, but as you can see I've gone for some aesthetic choices with my factions. Limited colour palettes, organic vs. geometric shield patterns, and somewhat muted tones and battle damage.
Posted by Barks at 09:04 6 comments:

Spurred by the imminent arrival of their Chechens, here are more of Eureka's modern Russian Federals, painted as an internal security unit. (Check out my earlier modern Russians here.)

There's no historical support for these paint-schemes and they're not based on any particular unit or time, but they look 'kewl'. The helmet is the Maska-1Sch. I gave the weapons wooden stocks so they would stand out a little more.


Here's a photo-dump of pics I used as inspiration and reference (Google Images is my friend): 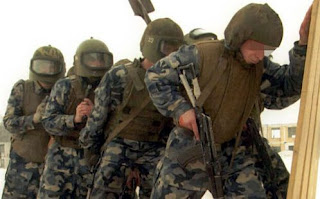 Who knows what battle-hardened visages are hidden under that fearsome armour plating?

Edit: Here's a pic of the boys in action:

It's been a little quiet on WwB recently, but now I'm looking forwards to a few days off to paint, game, and generally recharge my batteries.

I recently received Lords of Middle Earth, the expansion to War of the Ring. I quickly painted the (somewhat uninspiring) figures to match my (if I say so myself) marathon effort earlier in the year.


Still, better painted than unpainted. They'll add to the game, because the one thing that WotR needs is more decisions (sarcasm smiley goes here).

I also picked up Treebeard via the BoardGameGeek store. 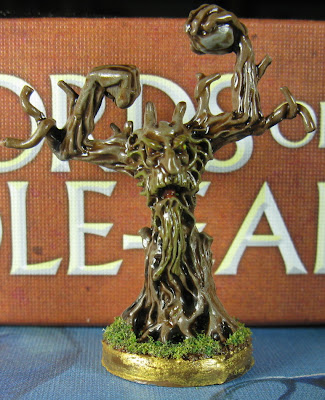 Email ThisBlogThis!Share to TwitterShare to FacebookShare to Pinterest
Labels: Ares, boardgame, Dip, Lord of the Rings, LotR, Middle-earth, War of the Ring

We're a rescue team, not assassins