This is a gift for a friend who is really into Elvis. She took me to an 'Elvis tribute artist' show a few years ago- apparently 'Elvis impersonator' is an offensive term, i.e. someone who is doing identity theft. We went to an Elvis pizzeria for her birthday many years ago as well. 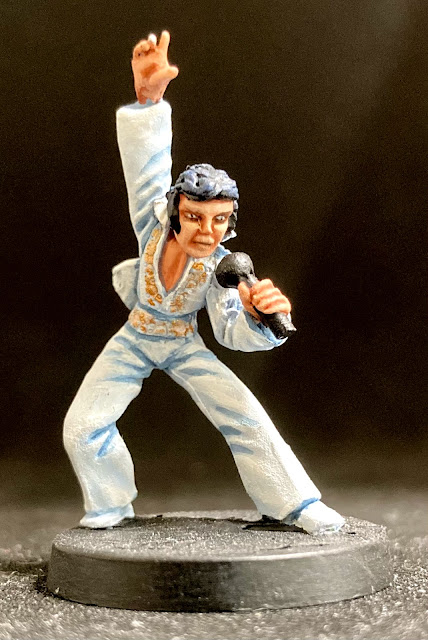 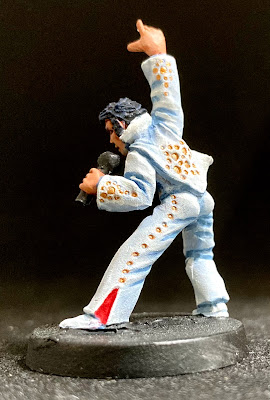 The figure is from Slave 2 Gaming, who have a whole range of Elvises. Elvii?

This year's retrospective is brought to you by the colour Tolkien. I've also knocked over some older projects that have been lingering too long, and painted some quirky individual miniatures.

I had an unexpected resurgence in my interest in all things Middle-earth. I played in a tournament (remember those?) in January. I have enjoyed Journeys in Middle-earth. I dusted off (and was pleasantly surprised by) Battle of Five Armies. I got in a game of War of the Ring. My favourite piece of the year is my Sauron vignette. Not to mention the travelling Gandalves.

I'm glad to have finished all my Batman figures, and the 40K Assassins that were an albatross around my neck. Also two more Blood Bowl teams. I'm secretly relieved that GW has called 'time' on Blackstone Fortress, as I wasn't able to keep up with the admittedly slow pace of releases. I've still got a few more to paint, and many hours of gaming to go.

I particularly enjoyed the Skullfight I had with Paul of the Mancave during AHPC X. I painted 200 skulls, but Paul pulled out all the stops and smashed me with 543 skulls on the Skull-o-meter™. STOP THE COUNT! I conceded, and handed over Skully McSkullface, who I was very pleased to see star in a later battle report.

I painted these Plague Marines at the start of the year, but the six pox-walkers took a lot longer to get done.

I wanted yellow armour with black trim, reminiscent of biohazard suits. I am quite pleased with their appearance. They are absolutely festooned in disgusting details. I wouldn't mind getting some more for Kill Team shenanigans, but then I recall how long they each take to paint... 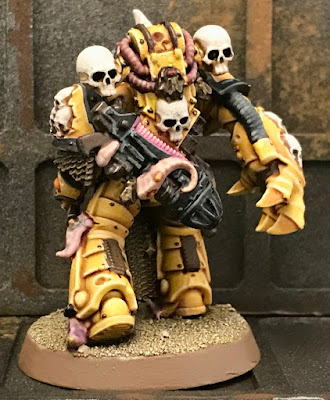 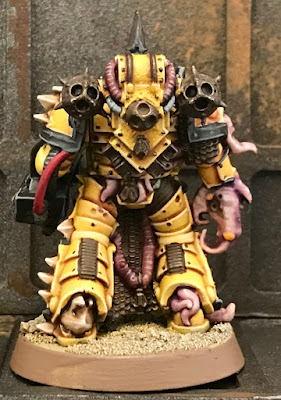 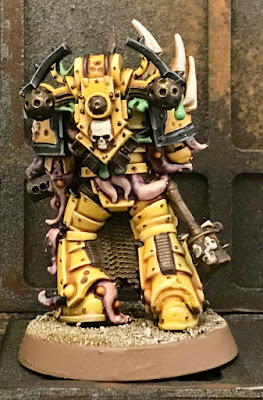 I wanted a waxy pallor for the poxwalkers, and used thinned green and purple washes to bring out Papa Nurgle's gifts. They're a bit brown and lack a je ne sais quoi. For zombies, I have no desire to spend more time on them.

Journeys in Middle-earth: Dwellers in Darkness

I picked up a few characters for JiME:

I think they came out OK and were quite nice to quickly paint up. I like the sculpts but I'm not sold on the names Ursa and Ollie.