Here are the six rebel heroes for Imperial Assault. They each have a distinctive flavour, and were quite fun to paint.

Jyn Odan is the agile smuggler. She's wearing this season's trendy orange jacket with matching gloves and bold white armour plates that scream, "I always shoot first!". I used blue to highlight her hair. I liked the stripes on her jodhpurs. I think she wound up a little more Indian than Japanese, but is clearly not Caucasian. 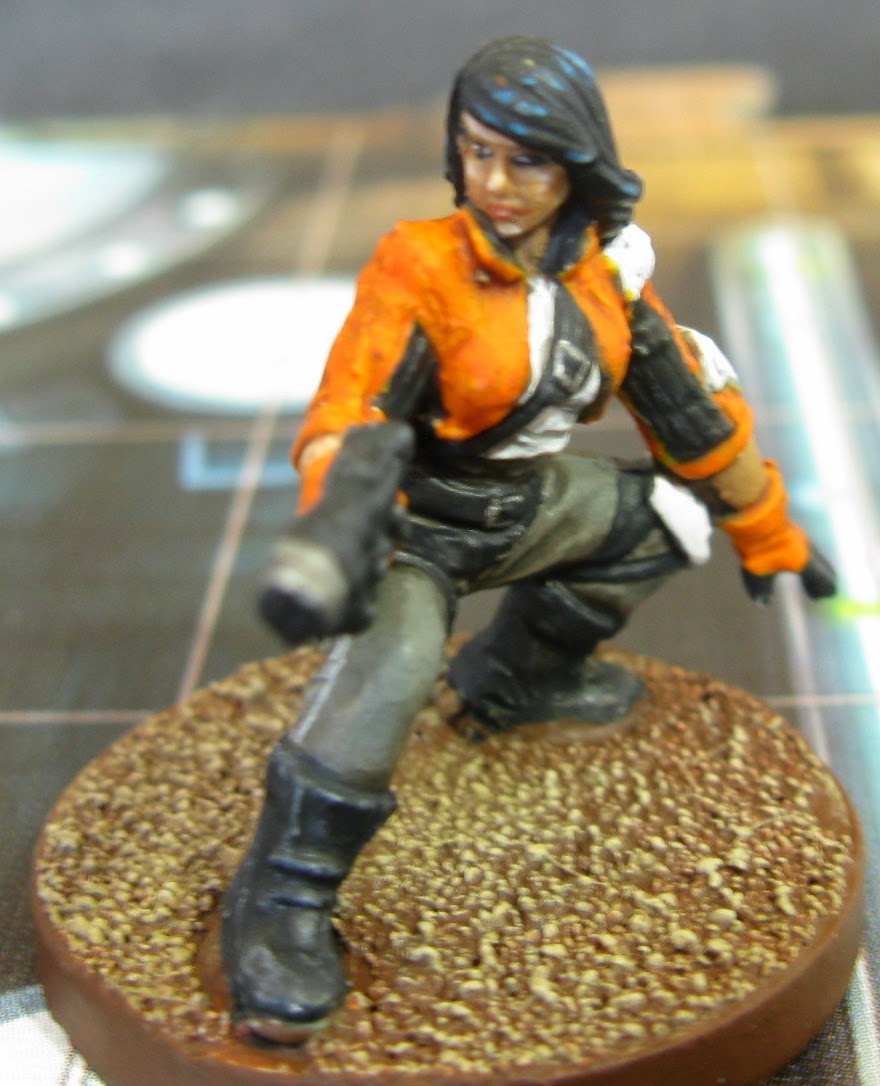 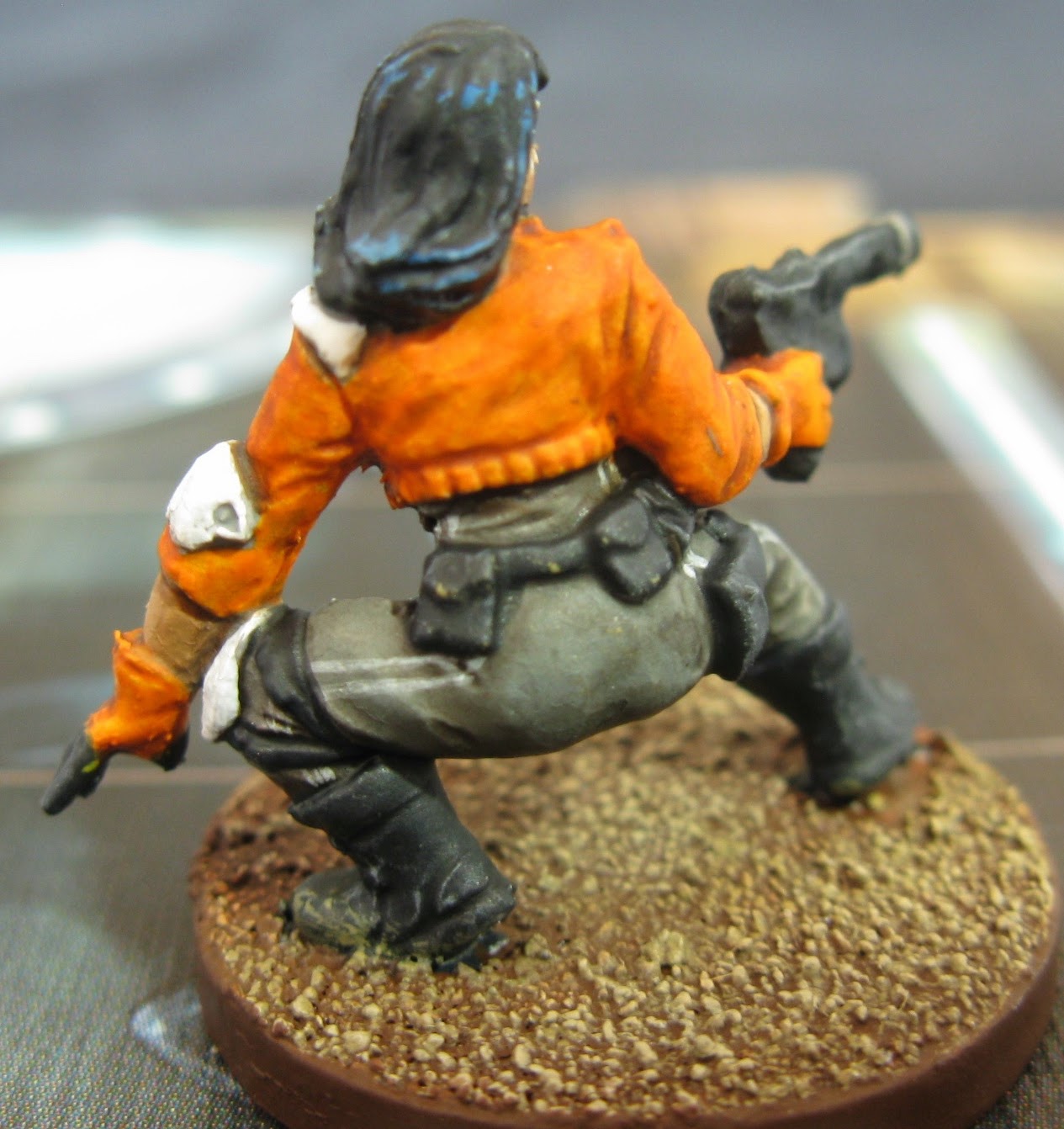 Gaarkhan is the Wookie, who expresses himself (herself? who knows) with a big axe. I like how the face turned out, but think the fur could be a lighter red-brown. 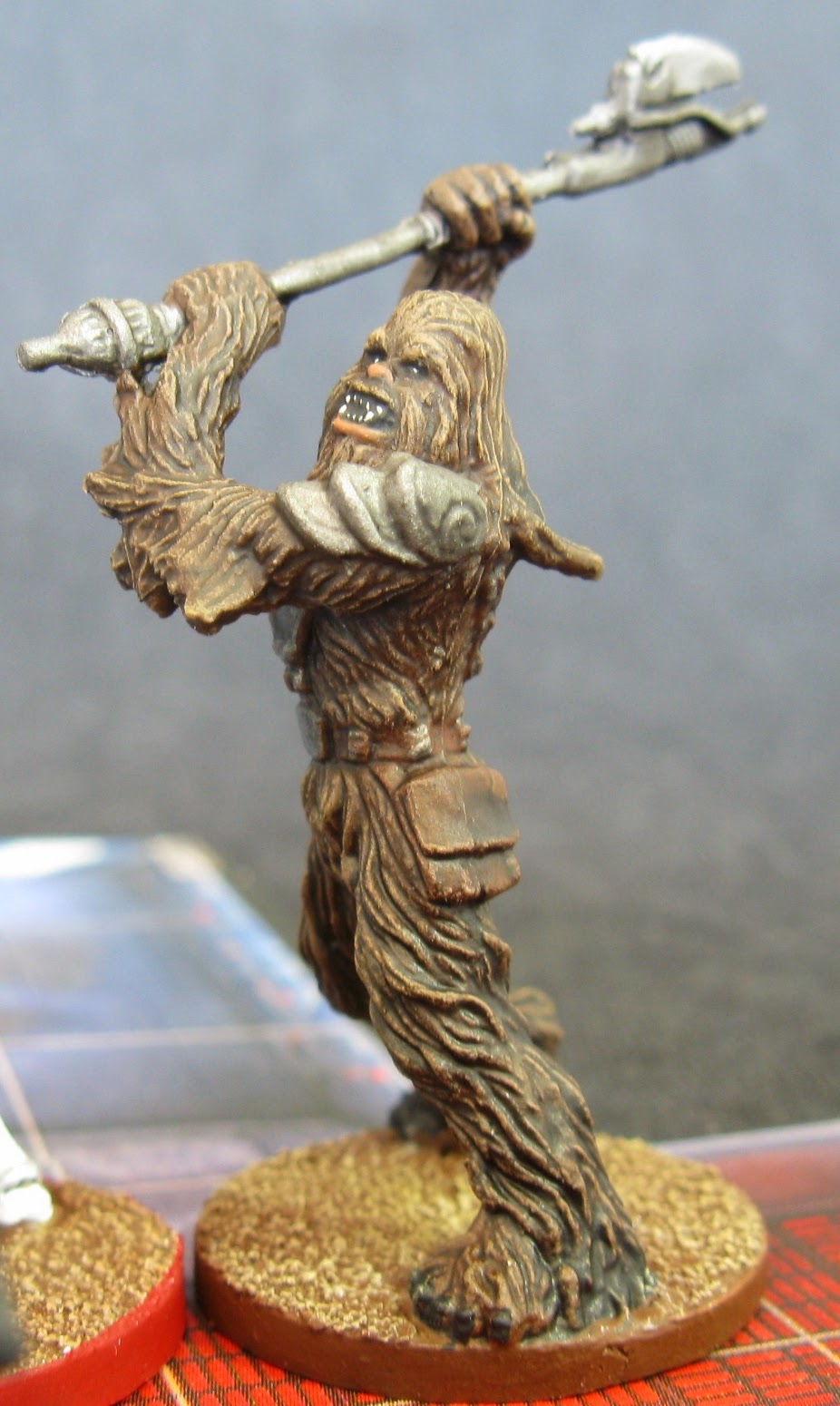 Mak Eshka'rey is a Bothan sniper. I liked painting his face. I painted the eyepiece yellow and then gave it a green wash. I also dig the Nokia on his belt. 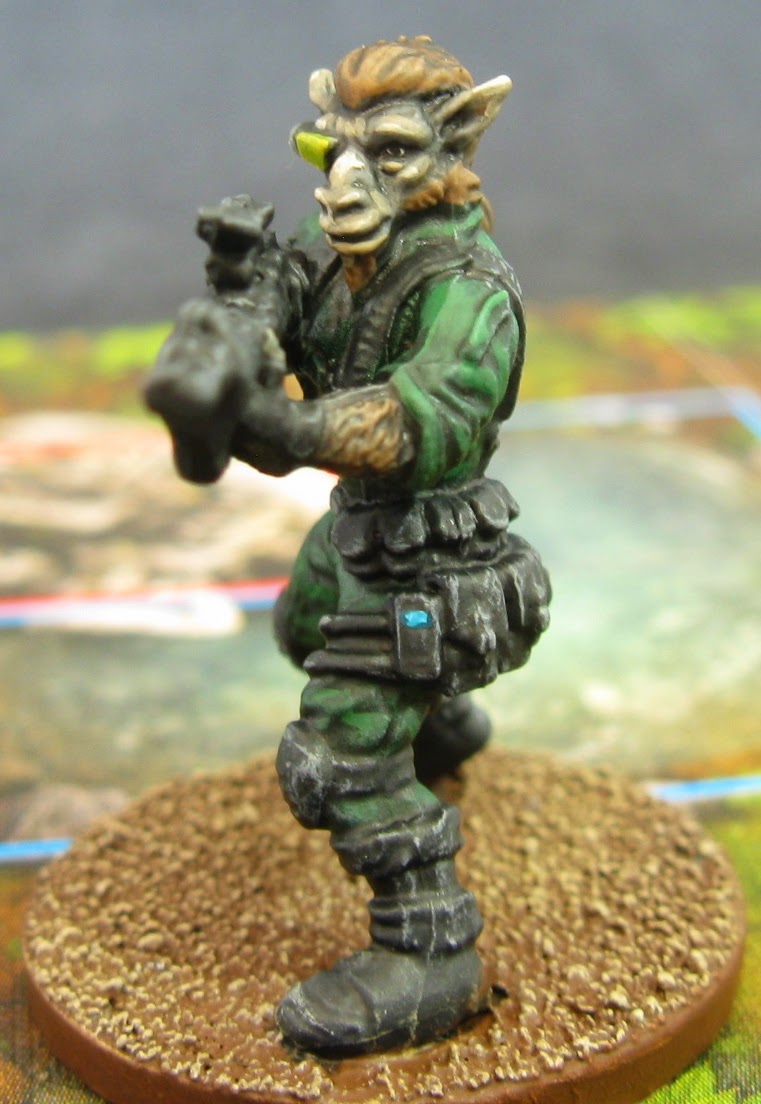 Gideon Argus is a human rebel commander and is fairly unremarkable. The red and white checkered logo was a pain to paint. I liked how the beard turned out. I think this guy would make a good browncoat character for Firefly gaming.

Fenn Signis is a human rebel machine-gunner. Apart from his helmet he's got a very conventional modern appearance. I grew to like the aqua scarf, it adds a splash of colour and character. His face turned out a little like a Ken doll (something about the eyes?) so I gave him some stubble to try and make him a bit more butch. 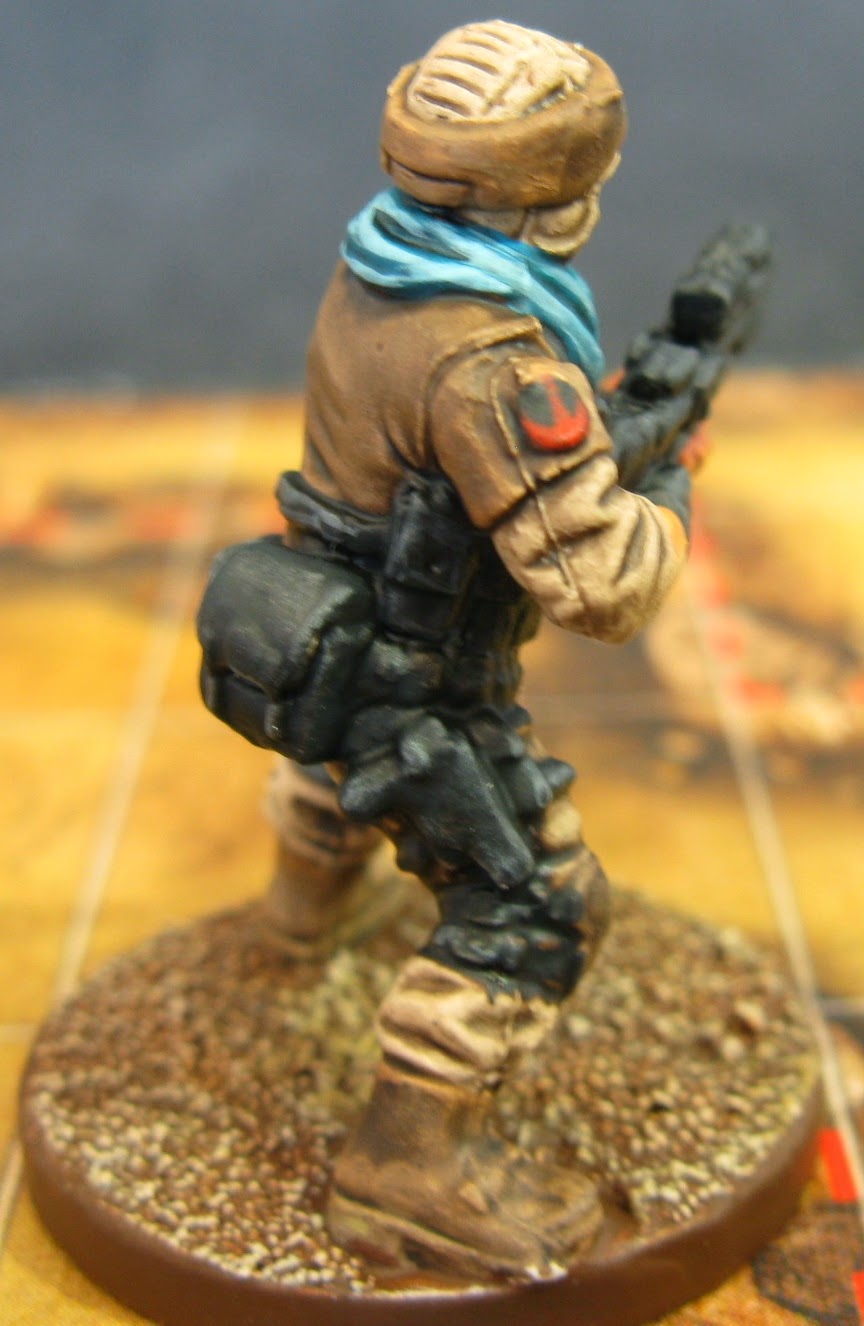 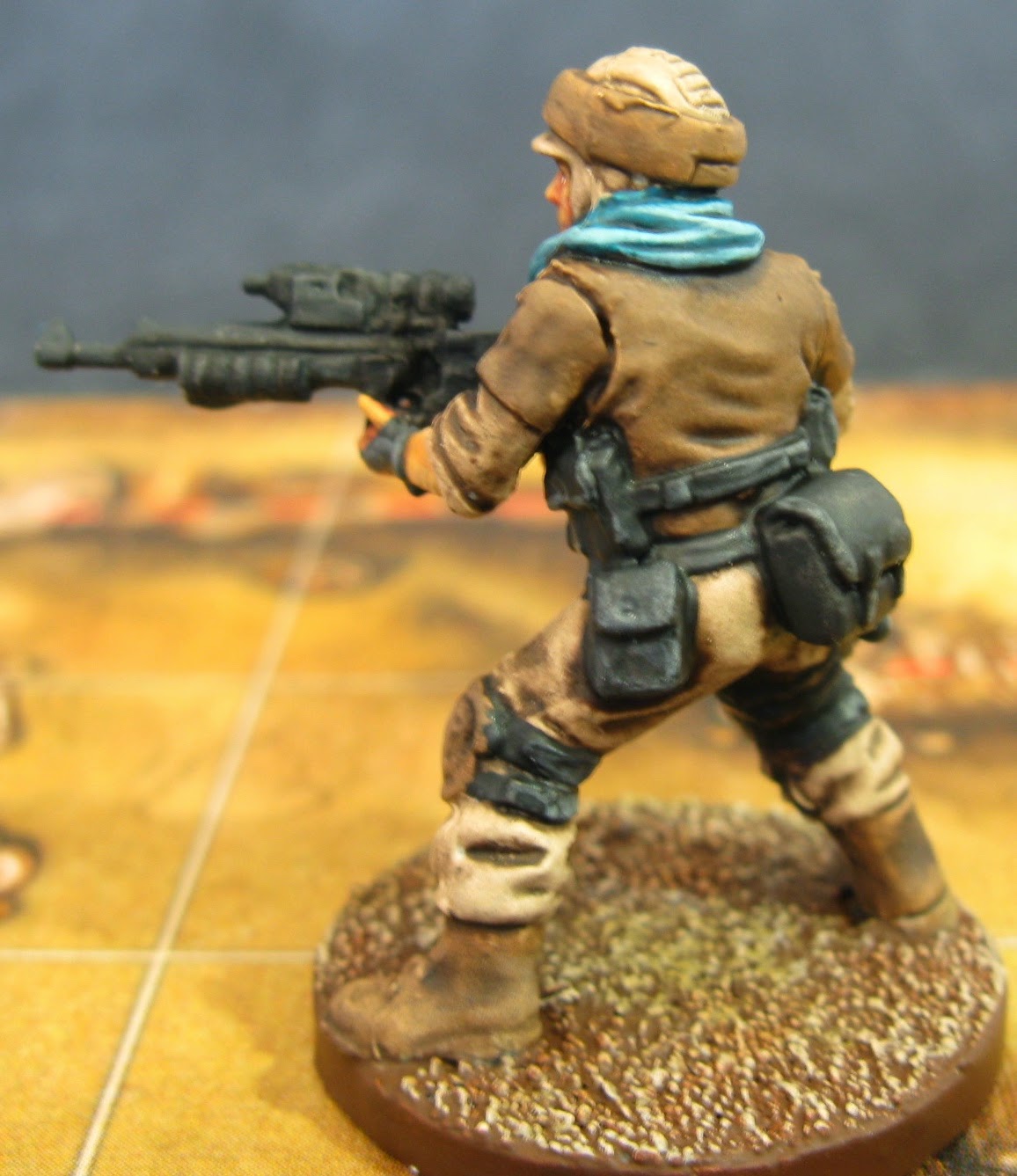 I really like the Diala Passil pose. She's a Twi'lek and has presumably been in hiding since the Jedi were hunted down. I like her ragged, muddy cloak- it reminds me of Gandalf the Grey. I was really pleased with how her lightsaber turned out- the darker background of the cloak sets it off. The violet skin was a little different, too. 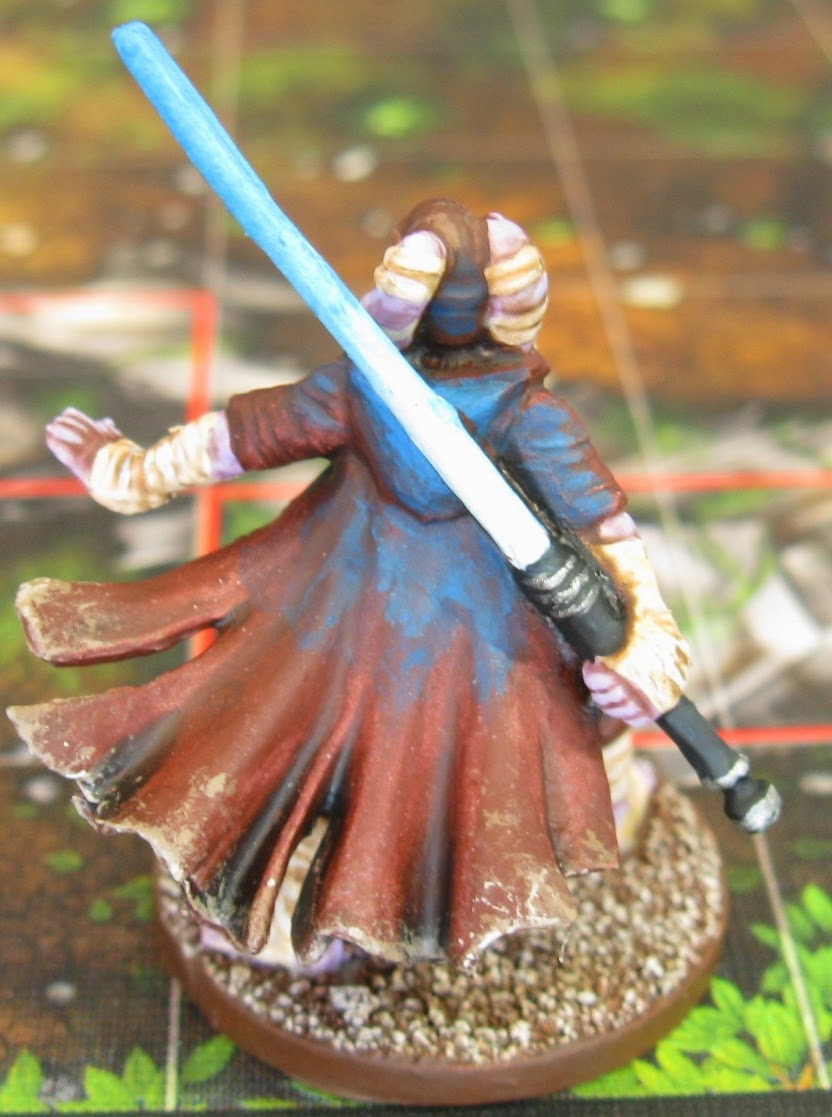 Finally, Luke Skywalker. Army Painter Soft Tone wash over white shirt and cream breeches. I'm pretty happy with the hair and face, I think it looks like him.

The Imperial Assault Mercenary faction are the scum and villainy, the criminals and bounty hunters and alien creatures.

The Mercenaries in the Imperial Assault core game are the Trandoshan bounty hunters and the nexu. Nexus. Nexuses. Nexi? Anyway, they might be from the prequels but I'll let that slide because Natalie Portman in a catsuit. These were Army Painter Soft Tone wash over cream, with black wash stripes.

I can't bring myself to love Trandoshans, they look like cheap Dr Who or Trek baddies in rubber suits. They were a snap to paint, however, with an AP Strong Tone wash over a simple basecoat. I would like to paint a Bossk figure, though.