War of the Ring epic game report with photos

I dusted off War of the Ring last weekend- I hadn't played it in three years. I printed out some excellent aide-memoirs from Universal Head as well as a 3D Mount Doom from Thingiverse, and set it up. I was The Shadow, Amnese was the Free Peoples.

The Shadow has to crush Middle Earth militarily or corrupt the Ringbearer, whilst the Free Peoples have to endure as the Ringbearer creeps to Mount Doom. It is an engrossing race against time, as concentrating on one aspect allows your opponent to get ahead in the other.

The pressure was on the Fellowship as the Nazgûl found them early, having taken the High Pass. Strider died protecting the hobbits.

Saruman declared his allegiance with a successful assault at the Fords of Isen, following up with a siege at Helm's Deep.

The Fellowship remained in dire straits, as both Boromir and Gandalf the Grey died. However, Gandalf the White then appeared in Lórien. Meanwhile, an evil army marched north from Dol Guldur to threaten the Woodland Realm.


The Fellowship broke, and Gollum led Frodo and Sam towards Gondor...


... where a mighty horde bore down upon Minas Tirith. After a devastating journey, the Ringbearer rested here for several turns, giving The Shadow time to manoeuvre his armies.


Osgiliath falls, and Minas Tirith is besieged as Gandalf commands the defenders.


Minas Tirith falls to the Witch King and Gandalf the White perishes.


But the hobbits sneak through the encircling armies...


...and begin to climb Mount Doom.


The Shadow pushes the Gondor remnants back to Dol Amroth.


And then Frodo, aided by Samwise and Gollum, destroys the Ring of Power. Middle-earth is saved!

Cue stirring music! I really like this game, and it is a pleasure to play with painted figures. Inspired, I went home and slapped paint on Mount Doom. 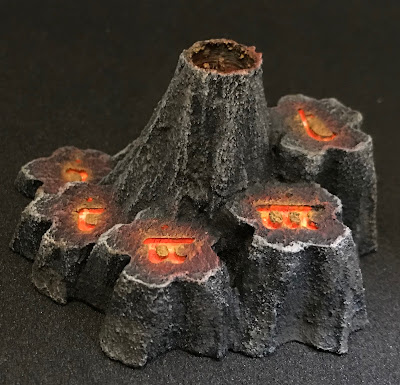 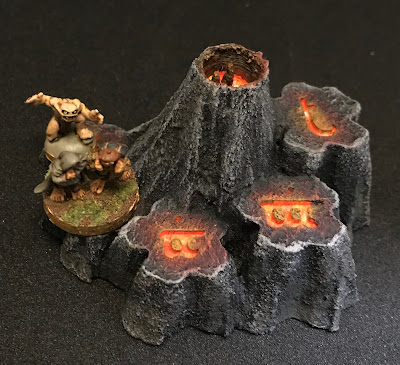 As the Shadow, I'm always aware that I can have certain victory ripped away from me by insignificant Shirefolk. I built up some big armies that took terrible losses as I drove them across Middle-earth. I put great pressure on the Fellowship, killing Gandalf and Strider and Boromir. The winning action was statistically unlikely but thematic- we worked out afterwards there was a 10% chance of Free People victory and a 90% chance of Shadow victory, hanging on a chit draw from a cup.

The unsung heroes were the defenders of Dol Amroth. They blunted the Witch King's offensive which, if successful, would have won me the game whilst Frodo was only halfway up the mountain.

The game took three hours. I didn't add in the expansions, because I'm not really familiar with the new rules. 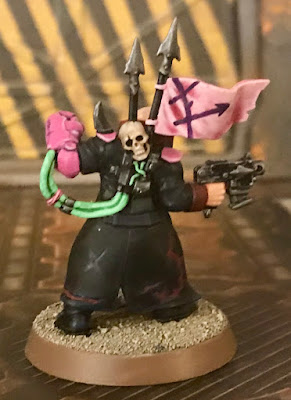 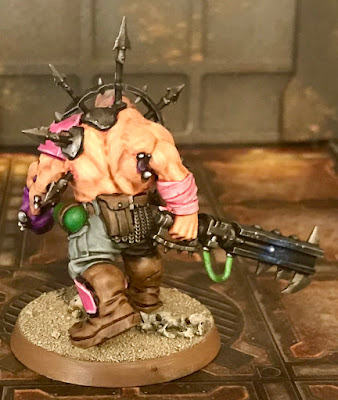 I think the helm is a bit odd, but am happy with the flames. 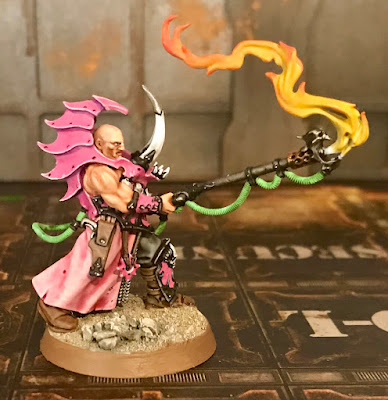 The leader is no-nonsense.
I think the gunner looks like Leela.

CanCon Lord of the Rings

I participated in a Middle-earth tournament at CanCon last weekend. Apart from that one game a few weeks ago, I haven't played in about ten years.

There were four 500 point games, all running under 90 minutes. My Mordor list was two orc captains, a troll chieftain, and thirty-six orcs including two banners. No cavalry, ranged attacks, or magic for me! I didn't have the desire to get to grips with all the new rules.

Heirlooms of ages past


My opponent ran Uruk-hai scouts, and with their enhanced movement he was able to run on the board, find the objective, and run away. 6-2 loss.


This was the most frustrating match. I advanced about halfway over the board before being shot to pieces by two (!) Isengard siege bows. Very unsatisfying 6-0 loss.


This was an interesting match-up between Isengard wargs and my orcs in constraining urban terrain. I circled in the centre and weathered his charges to a 5-5 draw.


I was a bit over things by this stage and threw myself at Gothmog and his Morannon orcs. Not more Isengard, thankfully! Gothmog was way too much for my guys to handle as he stormed a rickety walkway. 8-4 loss.

It was good to dust off some old figures, but I didn't have the energy to learn the new rules tweaks and I was outmatched at the list-building step. It was a long way to go to be hammered repeatedly. I didn't mind playing against all Evil forces. There were 34 players, and I came 32nd.

The terrain was pretty good, the scenarios were fine, and most of the armies were excellently painted.
Here's some pictures of terrain and armies: 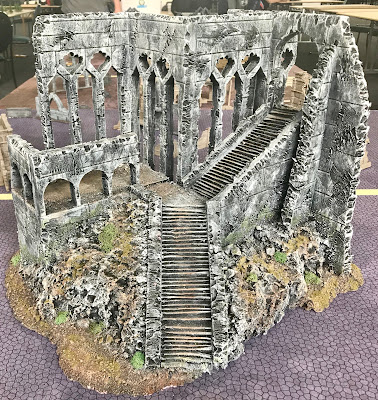 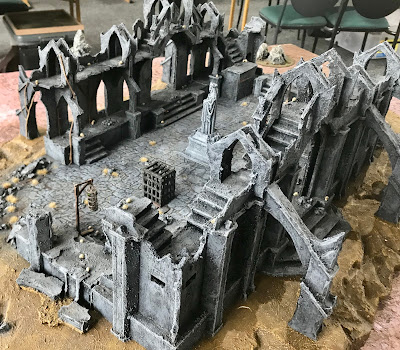 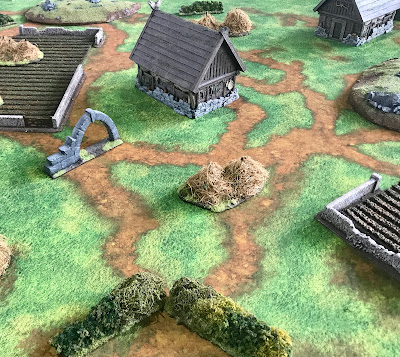 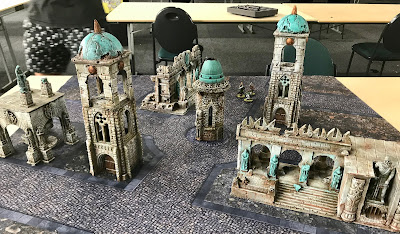 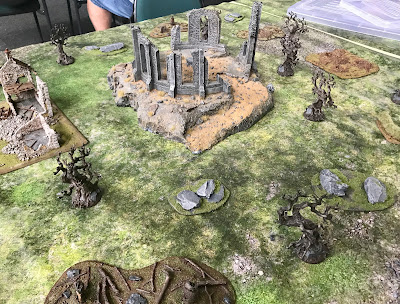 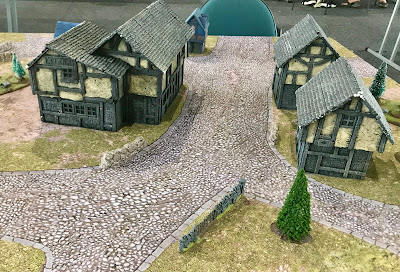 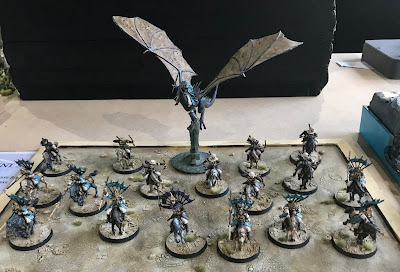 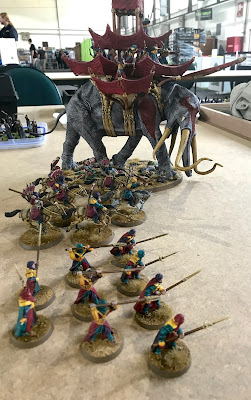 I was disappointed in the organisation- a lot of it was run through a private Facebook group which wasn't advertised (!), and it ran about an hour overtime which made me grumpy before a very long drive home.

I'd consider playing again, but am more interested in the warband-size Battle Companies rules.
Posted by Barks at 10:43 8 comments: